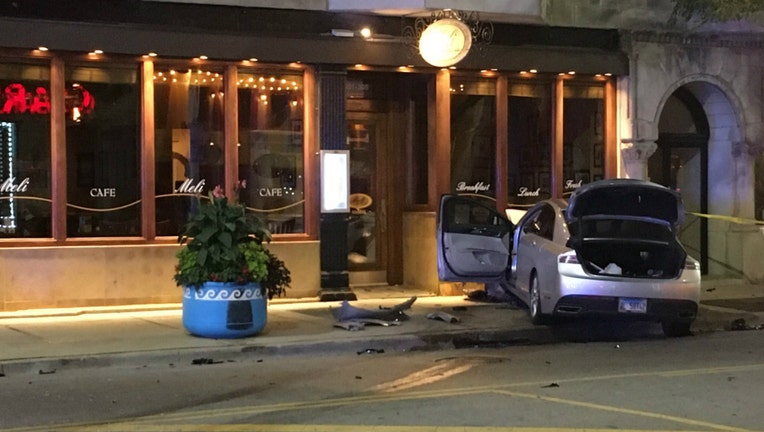 CHICAGO - A person is in custody after driving into a ride-share vehicle in Goose Island, stealing it and then crashing it again in Greektown.

The suspect, a male whose age was not known, got into an argument about 4:40 a.m. Sunday in the 1100 block of North Elston Avenue, Chicago police said. He got into a silver Jeep Patriot and almost drove into the other person, but ended up hitting a Lincoln MKZ instead.

The suspect got out of the Jeep, threatened the ride-share driver in the Lincoln and stole their vehicle, police said. He hopped onto the Kennedy Expressway and drove south before exiting in the 300 block of South Halsted, where he ran a red light and hit two more vehicles.

The suspect was taken to University of Illinois Medical Center at Chicago with minor injuries, police said. He was not cooperating with the investigation.