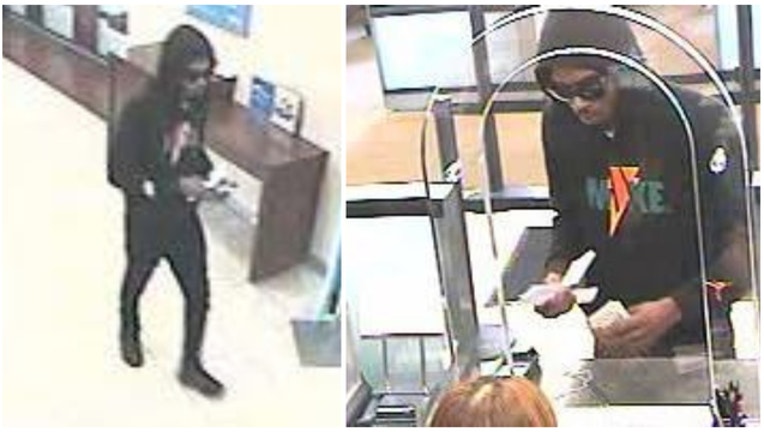 Surveillance images of the suspect in a May 17 robbery at the Chase Bank branch at 1934 S. State St. | FBI

CHICAGO (SUN TIMES MEDIA WIRE) - The FBI has released photos of the suspect in a bank robbery last week in the South Loop.

The suspect handed the teller a note saying he had a gun and ran away with an undisclosed amount of cash, police said.

He was described as a skinny man in his 20s, standing about 6 feet tall, with black hair and a medium complexion, according to police and the FBI. He wore a black hoodie, black sunglasses and black pants.

Anyone with information is asked to call the FBI’s Chicago Field Office at 312-421-6700. A reward of up to $1,000 is being offered for information leading to his arrest.