The body of a missing toddler out of Wheeling has been found in a pond in Hammond, Indiana.

WHEELING, Ill. - A suburban man has been charged with murder in the deaths of a young Wheeling mother and her 1-year-old daughter.

Dobbs was later found dead in a retention pond off I-80 near Hammond, Indiana.

Wheeling police early on in the investigation identified 26-year-old Ahmeel Fowler as a person of interest in their deaths and he was taken into custody Friday in Springfield, Missouri.

"Wheeling Chief of Police Jamie Dunne wishes to extend his deepest condolences to the family of Ja’nya and Angel, who lost two very special loved ones and in spite of their grief provided much assistance in the investigation," a statement read. 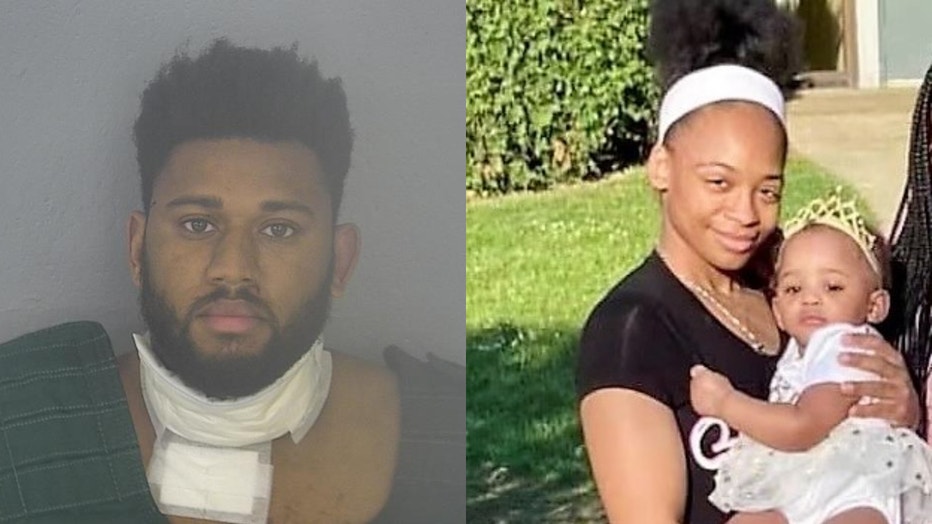 On Thursday, construction workers in the area spotted Dobbs' body in the retention pond near I-80's Kennedy Avenue exit ramp. They called 911 and then went into the water to retrieve the girl, police said.

Sources tell FOX 32 the baby's diaper bag was found close by as well.

"Terrible. I mean, who does stuff like that? If it is true about the Wheeling case then, it's a long way away from Wheeling," said Jeffrey Williams who lives nearby.

Dobbs was reported missing after her mother was found murdered in her Wheeling apartment just after 10 p.m. Tuesday.

Murphy's family requested a welfare check after she didn't show up for work at her retail job, and after they hadn't heard from her for nearly two days.

An autopsy conducted by the Cook County Medical Examiner's Office determined Murphy died as a result of asphyxiation due to strangulation. Her death was ruled a homicide.