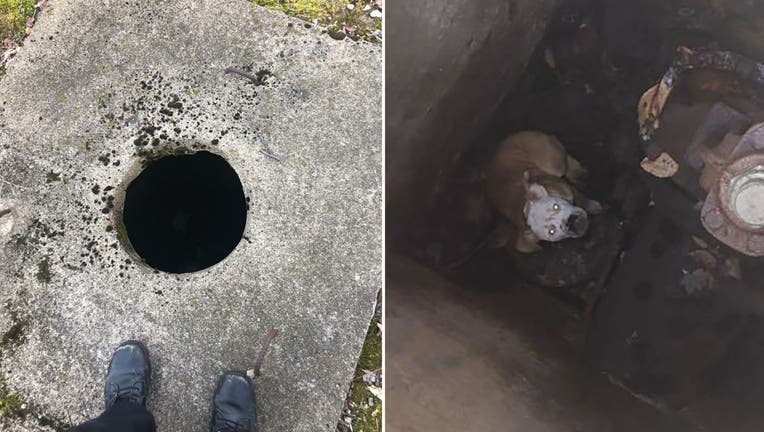 The fire department had to lower a rescuer down to strap a harness around the dog. (Montville Police Department)

A pit bull puppy was rescued from the bottom of a well Monday after two men heard the dog’s cries coming from the 15-foot hole in the ground, authorities in Connecticut said.

The two men, who were fishing, called police and animal control after they peered down the well and saw the trapped pup, the Montville Police Department wrote on Facebook.

The two agencies weren’t able to rescue the dog on their own, and called the fire department for backup, police said.

Footage showed a rescuer being lowered into the well and rigging the dog in a harness. A second video showed rescuers pulling the pup through the hole to safety.

“The puppy was very happy to have a friend down the hole with her, and was loving getting Beggin’ Strips and love [sic] when she was rescued,” police wrote on Facebook. 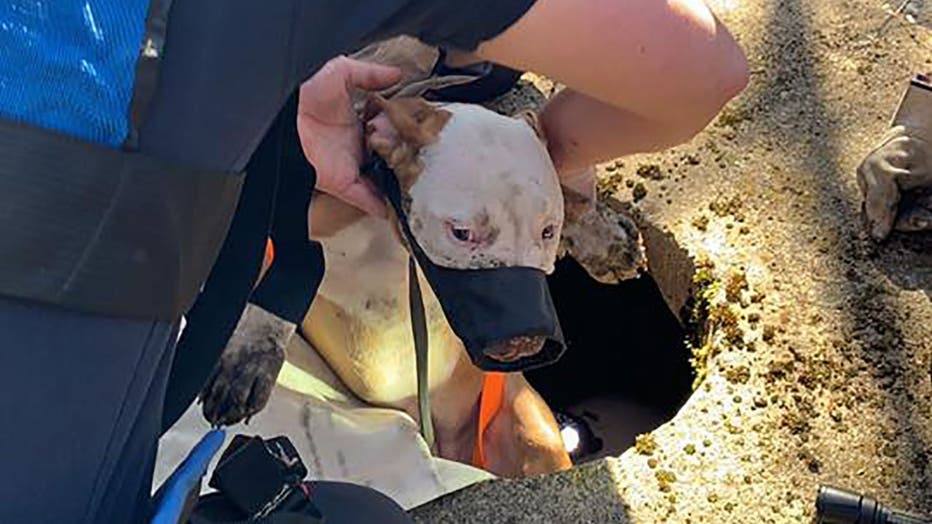 The pit bull was safely reunited with its owner. (Montville Police Department)

Social media user Cathy Balducci said one of the fishermen was her husband.

“That was my husband and his friend,” she wrote. “Definitely at the right place at the right time. He said ‘it was the biggest and best thing we caught all year.’”

Holly Mejias, who said the rescued pup belonged to her family, replied to Balducci and asked her to thank the two men on behalf of her family.

“I appreciate your husband and his friend,” Mejias wrote. “When my kids get home from school they’re going to be very thankful for them for being at the right place and right time to bring their puppy home.”

Meanwhile, four police officers covered the well with a large rock to prevent any more animals, or even people, from falling down, the department said.