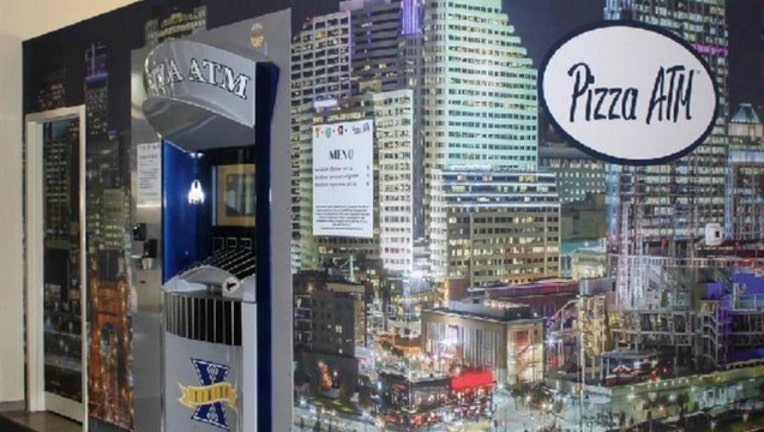 FOX NEWS - Last year, we saw the nationwide domination of fast-casual cuisine. In 2017, it looks like food is about to get faster-- and even more casual.

After 14 years of research, the world's first pizza-dispensing ATM machine was unveiled at Xavier University in Cincinnati, Ohio in August.

Xavier was the first North American entity to partner with Paline, the French company behind the revolutionary machine.

Since then, Paline (which operates over 300 machines throughout Europe-- even in Italy) says that colleges and businesses in 20 states and Canada have shown interest in getting their own pizza ATMs, reports WCPO. Each pizza machine retails for $55,000 and holds 70 pies at a time that sell for $10. That might seem like a lot of cash to pony up at once, but Paline says a busy machine that cranks out an average of 40 pizzas per day, can bring in about $90,000 annually for the ATMs owner.

Each location is responsible for prepping and restocking its own machine. After fermenting for two days then being bar baked, plain pizza dough is then stored in a refrigerated section of the machine.