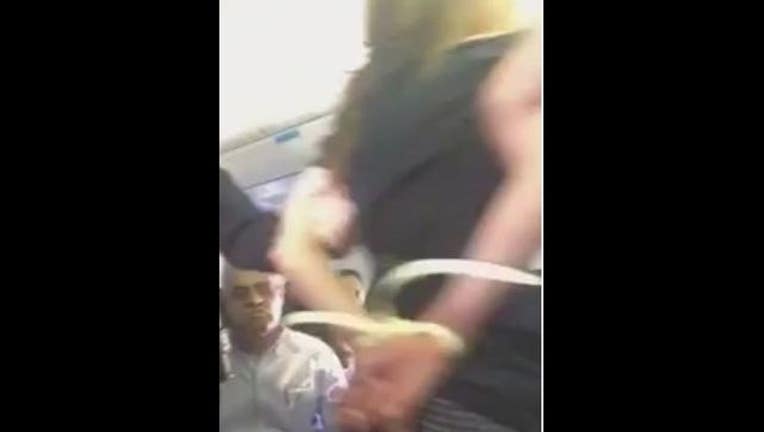 INDIANAPOLIS, In - An American Airlines flight headed to Chicago from Miami had to make a quick descent after officials say a 25 year old woman became 'unruly' and even combative towards the crew and a passenger.

Marian Frendt, a passenger on the flight, told the media that the woman, later identified as Daniela Velez-Reyes was "disoriented through the entire flight, not being able to find her seat, walking back and forth. And when she came to the back she was sweating profusely."

Frendt said things only got worse for Velez-Reyes after she returned to her seat. "She started kicking the seat of the passenger in front of her and he apparently turned around to complain and she hit him."

Another traveler, Jim Saviano, claimed that's when the flight attendant took the woman to the back of the plane to try and resolve the issue.

"She was trying to talk the girl down," he said. "She seemed really calm. She was talking about her boyfriend. And then all of a sudden, she grabbed the [flight attendant] by the face, kissed her and then punched her in the face."

Saviano said that's when everything went crazy in the cabin. Several people sent out a series of tweets about the incident.

*The original article reflected early charges for Velez-Reyes to include a weapons charge. In the Updated article, the charges have now been amended and the weapons charge has been removed.