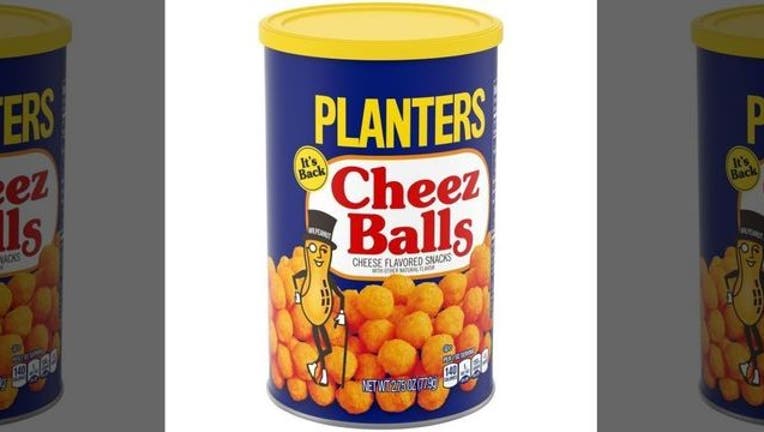 FOX NEWS - The Kraft Heinz Company has officially announced that they will be producing Planters Cheez Balls and Cheez Curls again — and after a very long hiatus.

The beloved cheese-flavored snacks were phased out 12 years ago, but after pleas and petitions from fans, they're ready to make a comeback.

“We heard many impassioned pleas for us to bring Cheez Balls and Cheez Curls back over the years and we wanted to give our fans a chance to reunite with their most-missed cheesy snack,” said Planters' head of brand building, Melanie Huet, in a press release.

Planters has also ensured that the Balls and Curls have the same taste, texture, and “fluorescent” color that they did 12 years ago, and they'll also be available in retro canisters nearly identical to the ones seen on store shelves over a decade ago.

Fans ready to have their fingers covered in orangey cheddar dust  can find the snacks on Amazon and Walmart.com beginning in July, with a suggested price of $1.99 per each 4-oz. canister.