The Burr Ridge community is in shock after an employee opened fire on two coworkers — killing one of them and wounding the other — before turning the gun on himself Tuesday afternoon.

BURR RIDGE, Ill. - The Burr Ridge community is in shock after an employee opened fire on two coworkers — killing one of them and wounding the other — before turning the gun on himself Tuesday afternoon.

On Tuesday evening, one of the victims remained in the hospital.

"Burr Ridge is a very safe community; unfortunately we are not immune to violent crime, like any community," said Burr Ridge Police Chief John Madden.

Police confirm the suspect knew his victims, but are still investigating the motive.

"This is a very active investigation still," said Madden. "We’ve got the DuPage County Metropolitan Emergency Response Team detectives. We’ve got all components necessary to conduct the investigation."

Around 3 p.m., just off Frontage Road near I-55 and Route 83, Chief Madden said a gunman opened fire on a male coworker, killing him, and shot and wounded a female coworker.

A manhunt was underway after multiple people were reportedly shot in suburban Burr Ridge Tuesday afternoon.

"I don’t have a medical status on her, but she is alive, and she is at a hospital," said Madden.

Not far from the location of the workplace shooting, police found the suspect in the 7900 block of South Madison Street – just steps away from Gower Middle School.

"When officers learned of the suspect’s location and closed in, the offender shot himself and took his life," said Madden. "Most importantly, there is no longer a threat to the community,"

A police source tells FOX32 the suspect worked for an over-the-road trucking company.

Burr Ridge police are not yet releasing the names or ages of the victims and the gunman.

Chief Madden plans to provide an update on the investigation sometime Wednesday morning. 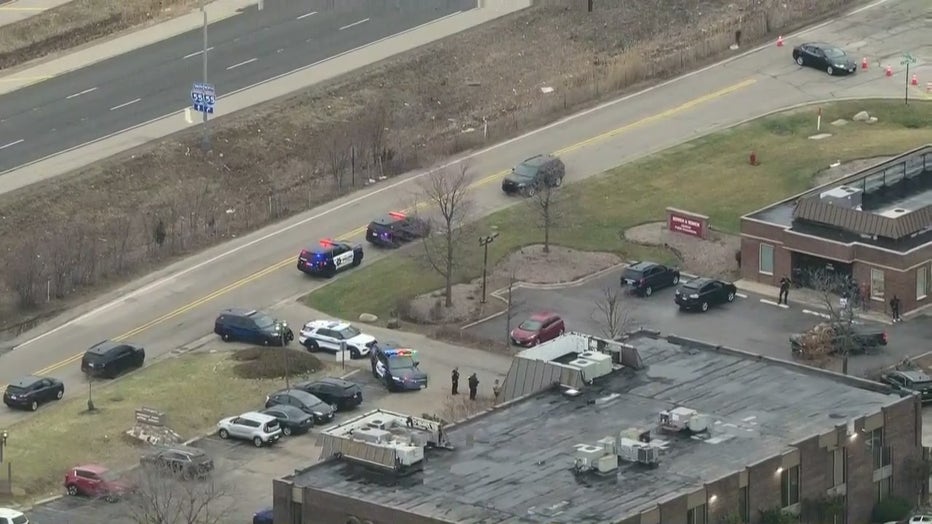