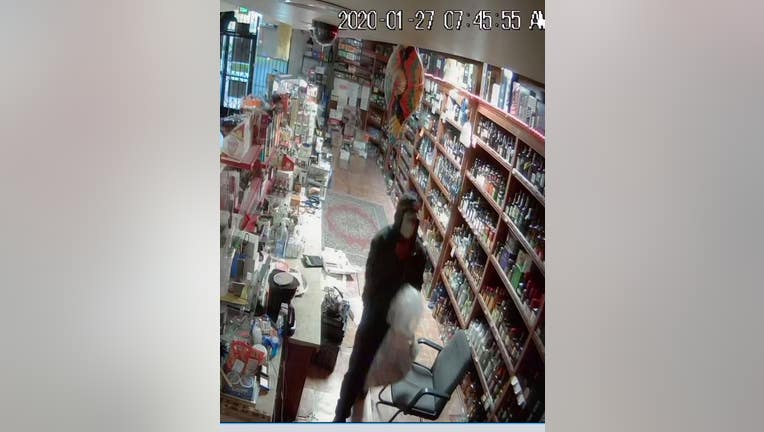 RANCHO CUCAMONGA, Calif. - Authorities in Rancho Cucamonga on Monday were seeking the public's help identifying a "not so graceful burglar."

Around 6:20 a.m. Sunday, deputies responded to a burglary alarm at A1 Auto Care, located at 9524 Foothill Blvd. They arrived and saw the front and side windows smashed and the interior of the business had been ransacked.

Investigators said that although the display case of lottery tickets was damaged, it appeared the suspect did not leave that location with any stolen property.

Just under 30 minutes later, authorities said that the same burglar triggered an alarm at Prestige Liquor, located at 7263 Carnelian St. Video surveillance caught the suspect's "not so graceful" entrance into the building, in which he fell from the ceiling.

"Burglary is a crime and gravity always wins," San Bernardino County Sheriff’s Dept. Lt. Casey Jiles said on Twitter. He posted the video with the hashtag, "Falling Burglar," in hopes that someone could help identify the suspect.

Authorities said that the suspect stole a large number of lottery tickets from the liquor store and was last seen as he walked west toward Carnelian St. 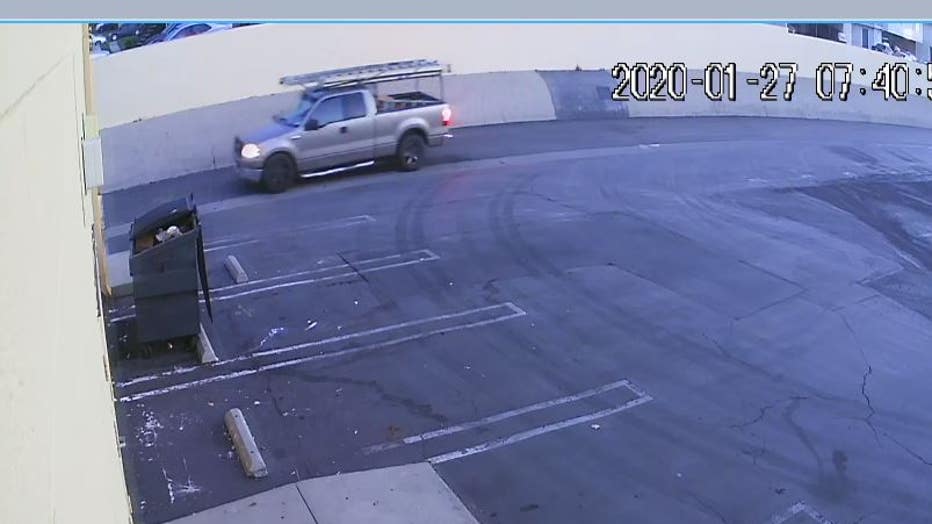 A silver or tan Ford F-150 pickup truck with a ladder rack was seen in the area during the time of the burglary at Prestige Liquor. Investigators believe the truck was involved in the burglary.

"The burglar who didn’t use a ladder was driving this truck w/ a ladder (can’t make this up) help us find him," Lt. Jiles said on Twitter.

Anyone with information on the case was asked to contact the Rancho Cucamonga Police Department at 909-477-2800.