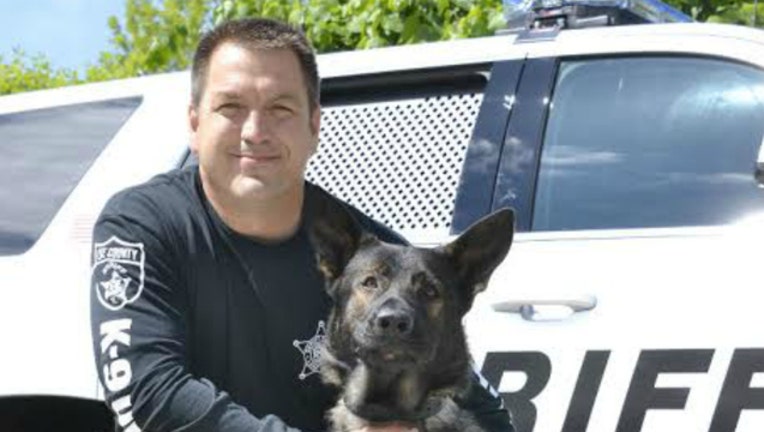 (SUN TIMES MEDIA WIRE) - A Lake County deputy and his canine partner received recognition earlier this month for finding a felon who had attacked a police officer and run away in northwest suburban Fox River Grove in May.

Deputy John Forlenza and Dax responded to a call in Fox River Grove to find the attacker, according to a statement from the Lake County sheriff’s office. The man they were searching for also had a history of sexual abuse and was wanted for several felony arrest warrants.

Dax, who was previously commended for helping capture offenders in October and November, began aggressively barking after he tracked down the man who had been hiding, police said. The man immediately surrendered and was subsequently charged for his violent encounter with police.

Deputy Forlenza and K-9 Dax were presented with a letter of recognition from the Illinois House of Representatives by Rep. Ed Sullivan, police said.

“The Lake County Sheriff’s Office has four canine teams and all serve a very important purpose,” Under Sheriff Ray Rose said. “Our four-legged deputies and their handlers have located numerous missing endangered people in addition to taking large quantities of drugs off the streets.”