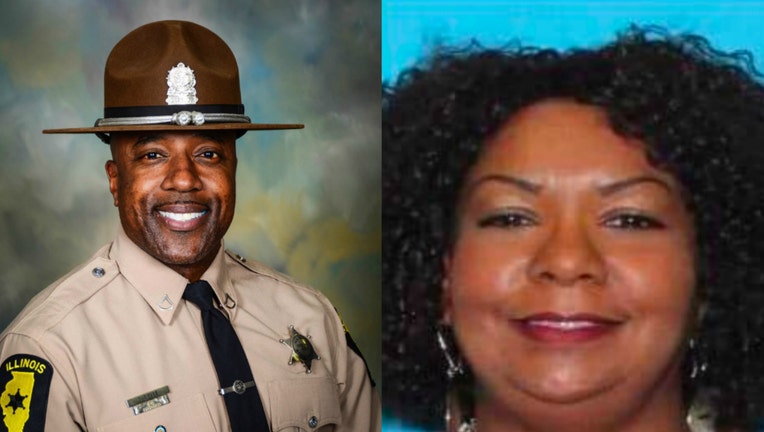 LISLE, Ill. - Investigators have uncovered a possible motive behind a deadly Friday shooting at a cigar shop in suburban Lisle that wounded three Illinois State Troopers, one fatally, and left the shooter dead.

Police found the words, “I hate you…hope you die!” scrawled with a “Sharpie-type” marker on the wall of the Chicago condominium belonging to the shooter, 51-year-old, Lisle police said Monday afternoon.

The statement mentioned the name of one of the victims, retired State Trooper Greg Rieves, 51, and another man who was unharmed and not at the humidor during the shooting, police said. The other man wasn’t an officer.

Lisle police said the message on the living room wall “may point to a personal motivation” but investigators are still searching for a “clear motive.”

The shooting happened Friday night at the Humidor, a cigar lounge located at 1600 Ogden Ave. in west suburban Lisle, authorities have said.

Rieves was killed and two other state troopers — one retired and the other off-duty — were wounded before McMullan turned the gun on herself, authorities said.

McMullan fired a total of seven shots, including the one she used to take her own life, police said.

McMullan died at the scene, police said. Rieves was taken to a hospital, where he was pronounced dead.

Police said McMullan and the three troopers knew each other and that Rieves and McMullan were known to frequent the Humidor at the same time. The extent of their relationship is still under investigation.

Police responded after a “caller heard shots inside the store,” a dispatcher says on the audio.

The first officer to enter the building reported a “mass causality” incident, at which point SWAT teams and K9s are called the the building. A dispatcher reports that a caller saw two white-colored cars speeding away from the scene, but police later determine that the shooter had killed herself inside the building.

Lisle police, who have still not clarified the relationship between McMullan and Rieves, said they are still interviewing witnesses.