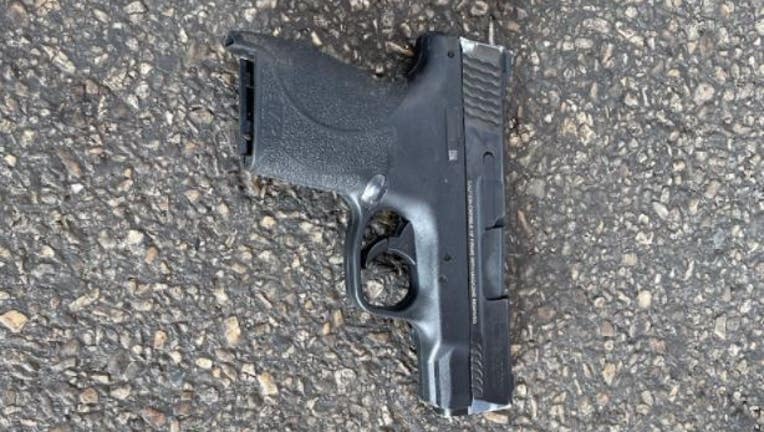 A photo of gun allegedly used by a person who was shot at, but not hit, by police March 11 in the 6300 block of South King Drive. | Tom Ahern/Chicago police

CHICAGO - A man who was shot at by police Thursday near Parkway Gardens is facing multiple felony charges for his alleged role in the "armed confrontation."

Shahid Hobbs, 23, was charged with unlawful use of a weapon, aggravated assault of a peace officer and armed robbery, Chicago police said.

Officers fired shots at Hobbs during an "armed confrontation" after Hobbs was seen with a gun about noon Thursday in the 6300 block of South King Drive, according to police.

He was arrested after a brief chase and no injuries were reported, police said.

Hobbs appeared in court Saturday where he was ordered held without bail, according to county records.

He is expected back in court March 24.