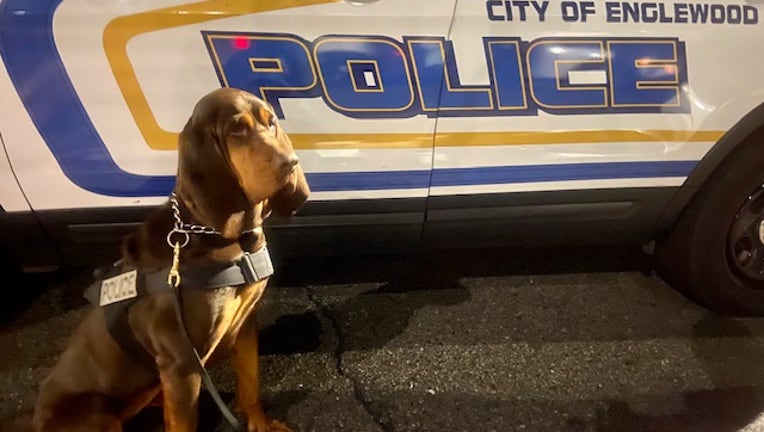 NEW JERSEY - Remi, a three-year-old Bloodhound with the Maywood Police Department, tracked down a child missing for more than 10 hours in another town, according to the Maywood PD.

On Monday just before midnight, Remi and its handler, Officer Chris Nichols, responded to the last known location of the child after receiving reports that the child had likely been injured in a fall.

Remi was given a jacket to sniff that was worn by the child earlier in the day. The K-9 lead officers through several city and residential blocks to a thick brush area where the child was discovered.

The child was "concealed and suffering from the weather's elements," wrote the PD on Facebook. A photo of the K-9 sitting in front of a police cruiser from the City of Englewood was also shared in the post.

The child was later reunited with family members.