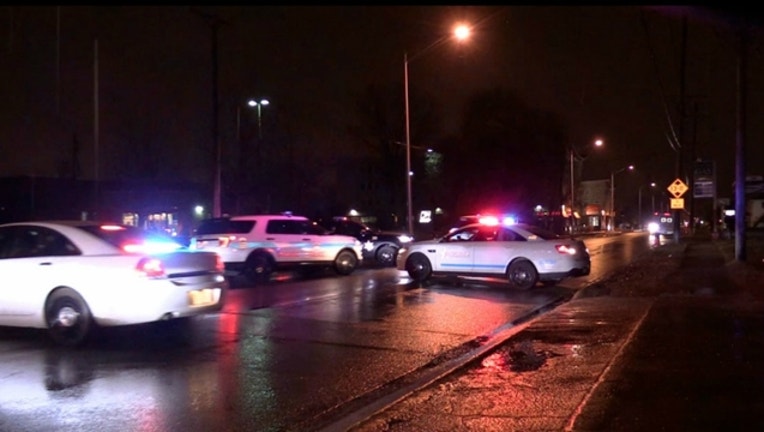 A man wanted on a homicide warrant was taken into custody after a standoff early Tuesday in south suburban Riverdale. | Justin Jackson/ Sun-Times

SUN-TIMES MEDIA WIRE - A Chicago man wanted in connection with a downstate killing was taken into custody after he held his girlfriend and her children against their will early Tuesday inside a south suburban Riverdale home.

Officers responded about 2 a.m. after getting a report that a woman and her children were being held captive by her boyfriend inside a home in the 500 block of Pacesetter Parkway, according to Riverdale police.

The caller also told police that the woman’s boyfriend was wanted by authorities for a killing in downstate Danville, police said.

After about two hours of negotiation, 40-year-old Maurice Brooks surrendered himself to officers, police said. He was taken into custody on a warrant for first-degree murder out of Vermilion County.

Brooks was wanted in connection with the Oct. 14, 2017 fatal shooting of 25-year-old Gerald Taylor, according to Larry Thomason, director of public safety for the Danville Police Department.

Taylor, also of Chicago, and Brooks got into an argument over a parking spot about 3 a.m. outside the Danville Housing Authority’s Fair Oaks public housing complex, Thomason said. During the argument, Brooks pulled out a gun and fatally shot Taylor. An arrest warrant on a charge of first-degree murder was issued for Brooks soon after.