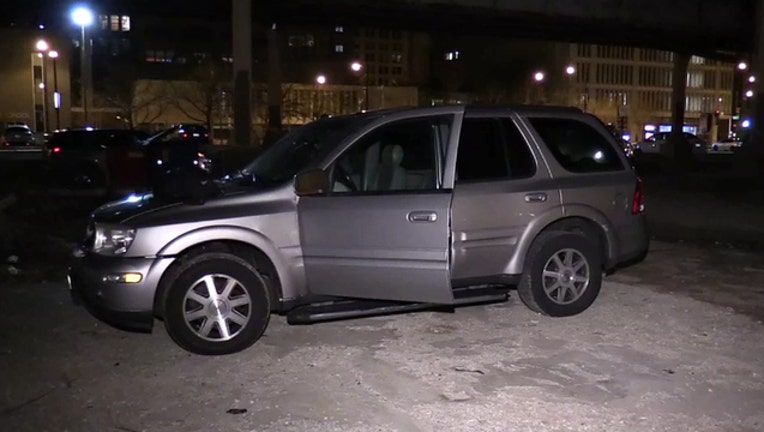 CHICAGO (SUN TIMES MEDIA WIRE) - A man was taken into custody late Wednesday after a violent carjacking in the South Loop, police said.

A 33-year-old man was leaving work shortly after 11:15 p.m. when up to six males approached him in the parking garage in the 800 block of South Wabash, according to Chicago Police.

The suspects swarmed the man’s vehicle, blocked his exit and then beat him, police said. One of the suspects then jumped into the driver’s seat and sped away.

The victim was treated for his injuries at a police station.

The vehicle was found a short time later and an 18-year-old man was taken into custody, police said. Charges were pending early Thursday. The rest of the suspects got away.