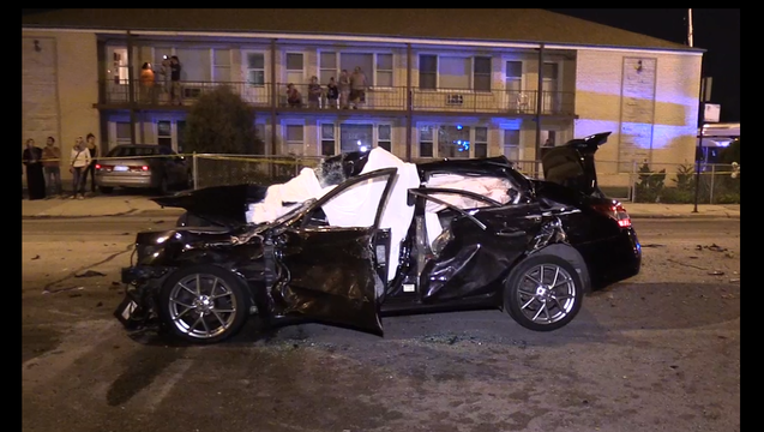 CHICAGO (STMW) - A man was killed in a multi-vehicle crash Thursday afternoon in the Garfield Ridge neighborhood on the Southwest Side.

Brandon Wolf, 29, was driving a 2010 Nissan Maxima northbound on Austin approaching Archer about 4:10 p.m. when the car hit several parked vehicles, according to Chicago Police and the Cook County medical examiner’s office.

Wolf, who lived in the 3200 block of West Hirsch, was pronounced dead at the scene, authorities said.

Two men from the Cadillac–the 43-year-old driver and a 42-year-old passenger–and the 37-year-old woman driving the Chevrolet were treated at hospitals for minor, non-life-threatening injuries before being released, police said.