CHICAGO - Chicago police have released images of three males wanted for robbing a man at a CTA Red Line station in the Loop this week.

At about 11:56 p.m. on Monday, the males took a 23-year-old man's personal property by force at the Jackson Street stop at 300 South State Street, according to Chicago police.

Police described the suspects as Black males between 25 and 30 years old. 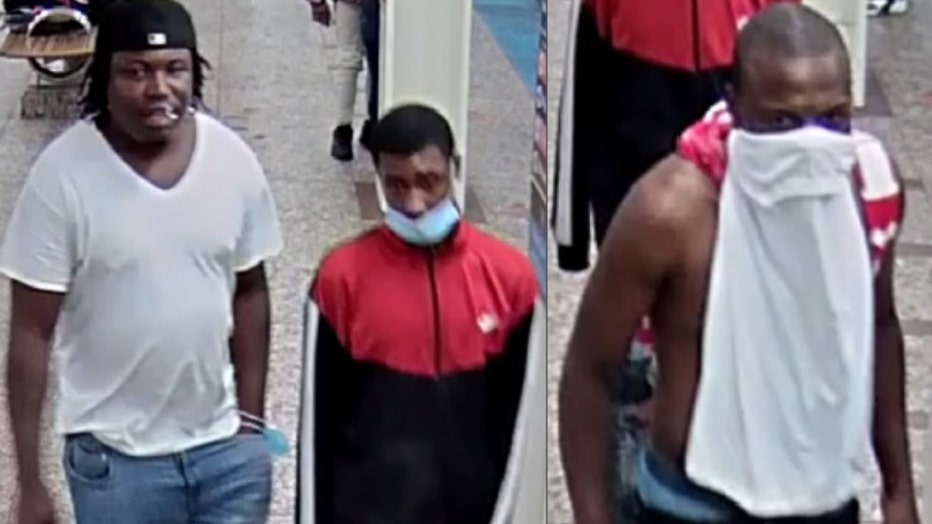 Chicago police have released images of three males wanted for a robbery on a CTA Red Line train in the Loop this week. (Chicago police)