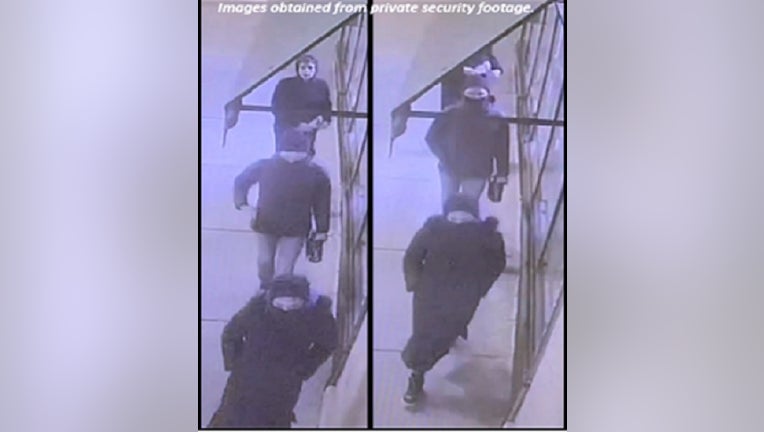 These three suspects are wanted by police for allegedly spray-painting a campaign office in Edgewater. | Chicago police

CHICAGO - Police have released a photo of three suspects who allegedly vandalized Mike Bloomberg’s presidential campaign office Monday in Edgewater on the North Side.

Authorities were called at 1:11 a.m. after “derogatory words” were spray-painted on the front of a building in the 1100 block of West Bryn Mawr Avenue, according to Chicago police.

“Racist,” “sexist,” “GOP” and “oligarch” were scrawled across four windows on the front of the former New York mayor’s campaign office at 1130 W. Bryn Mawr. 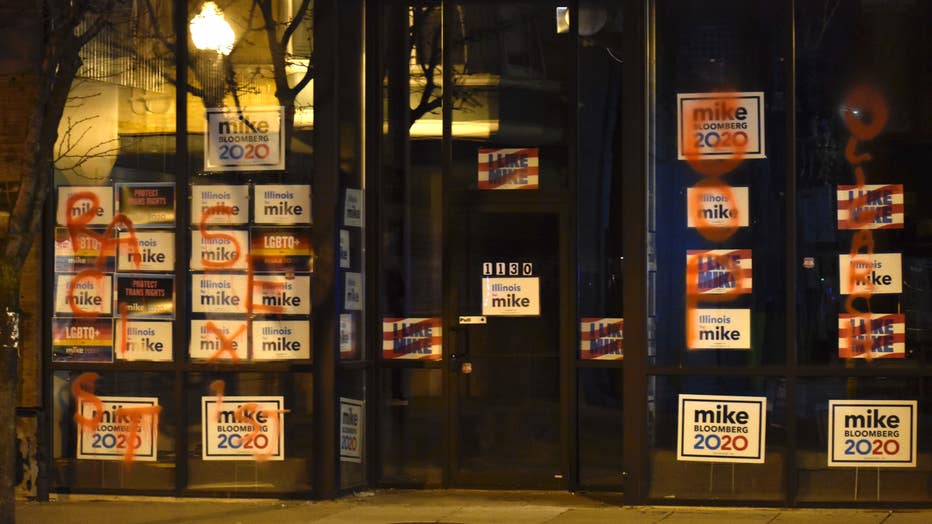 “This act of vandalism against our Chicago office mirrors those we’ve seen in recent weeks in states across the country,” Bloomberg spokeswoman Galia Slayen said in a statement.