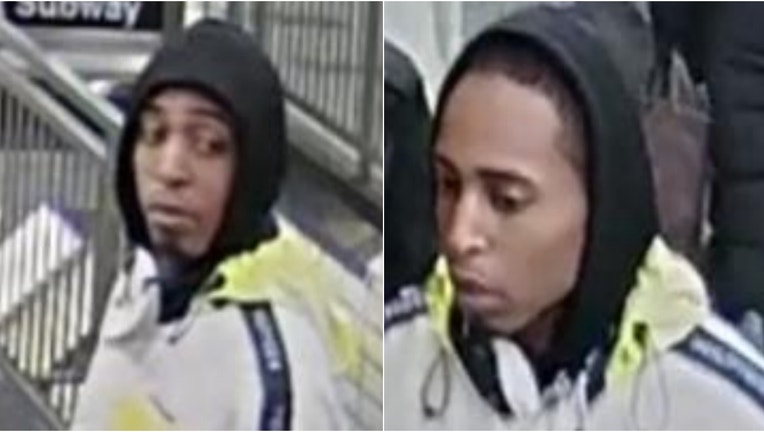 Surveillance photos released Feb. 17, 2020, of a person of interest wanted in connection with a shooting on a Blue Line train. | Chicago police

CHICAGO - Police are trying to identify a person of interest in connection with a shooting on a CTA Blue Line train earlier this month at the UIC-Halsted stop on the Near West Side.

The man was with Patrick Waldon, who was charged with shooting someone, during the Feb. 5 robbery in the 400 block of South Halsted Street, Chicago police said.

The second suspect is described as 20 to 30 years old, but police did not specify his alleged role in the robbery or the shooting.

Cook County prosecutors said Waldon sat beside the victim after the pair boarded a train at the Jackson stop and demanded the victim give him his backpack.

The man ignored Waldon and got up to get off at the next stop, prosecutors said. Walden allegedly stood behind the man, pressed a gun to his back and fired a round before getting off the train with the backpack.

Walton was arrested a few hours later in the 3000 block of West Harrison Street, police said. He was charged with aggravated battery with a firearm, armed robbery and being an armed habitual criminal.

He was ordered held without bail at a hearing Feb. 6.