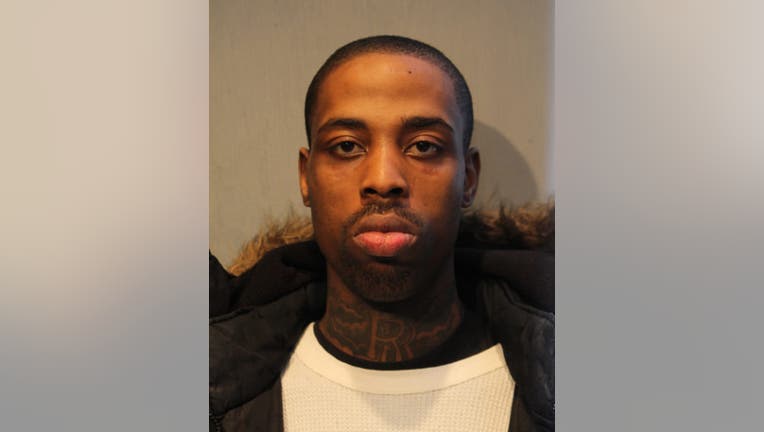 CHICAGO - A man on parole for armed robbery has been charged with shooting someone Wednesday on a CTA Blue Line train on the Near West Side.

He was ordered held without bail at a court hearing Thursday.

Police said they arrested Waldon, of Chatham, during a traffic stop in the 3000 block of West Harrison Street in Lawndale.

The midday shooting temporarily shut down the UIC-Halsted station as police searched for a shooter who seriously wounded a man.

The victim was exiting a westbound train at the UIC-Halsted stop around 10:45 a.m. when another person on board started pulling on the victim’s backpack, according to police.

A man was shot in the back on a CTA Blue Line train Wednesday morning near the UIC-Halsted station on the Near West Side.

After a brief exchange of words, the suspect pulled out a gun and shot the man once in the back, police said. The suspect took the backpack and fled.

Police said they identified Waldon as the suspected shooter after sharing surveillance photos with the public.

Court records show Waldon was charged in 2013 in a home invasion case in suburban Maywood. Waldon pleaded guilty to armed robbery and was sentenced to 12 years in prison. He was paroled in 2018, and was expected to be discharged in 2021, according to the Illinois Department of Corrections.

The Blue Line shooting was the second incident of serious violence on CTA property in as many days.

A musician was stabbed on the platform of the Jackson Red Line station about 1:35 p.m. Tuesday.

Police records show in the past 10 years there have been nearly 6,200 robberies and attempted robberies on CTA property. Of those, 835 have ended in arrests.