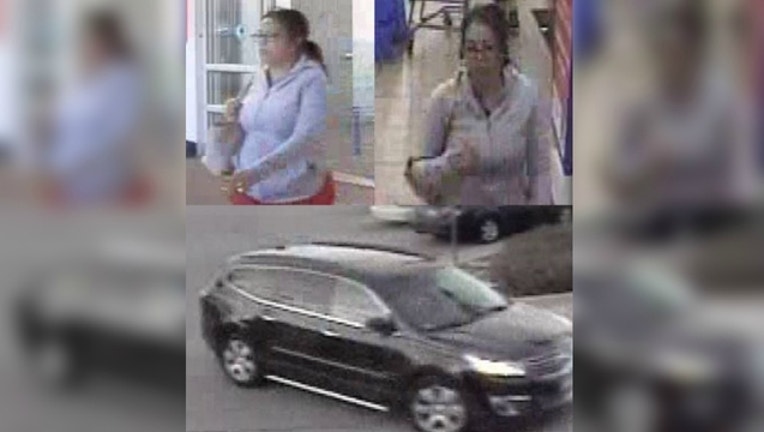 Surveillance photos of a suspect and her vehicle after she stole a wallet Friday evening at a store in Joliet. | Joliet police

SUN TIMES MEDIA WIRE - Police are asking for the public’s help in finding someone who stole a wallet Friday evening in southwest suburban Joliet.

At 5:04 p.m., the victim left the wallet behind at a store in the 2400 block of West Jefferson Street, according to Joliet police. The suspect put the wallet in her purse and left the store.

Anyone with information on the theft is asked to contact Det. Jim Voudrie at (815) 724-3390. Anonymous tips can be reported to Crimestoppers of Will County by phone at (800) 323-6734 or via their website at: http://crimestoppersofwillcounty.org.