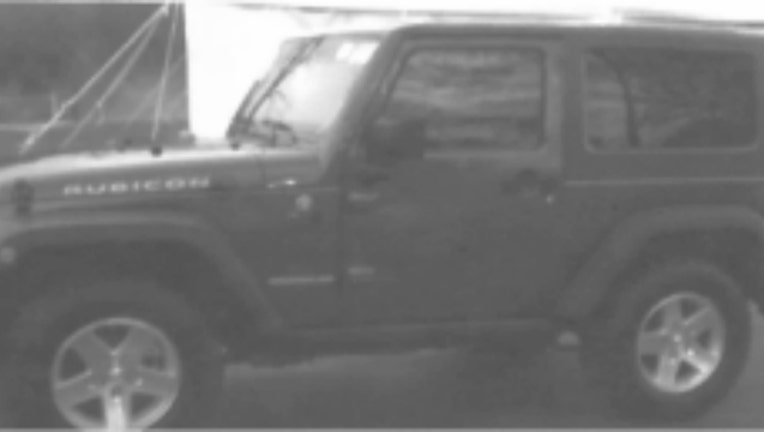 Photo of the car involved in a hit-and-run accident in the Belmont Craign neighborhood last month. | Chicago Police Department

CHICAGO (STMW) - Police are seeking the public’s help in locating a SUV involved in a hit-and-run crash in the Belmont Cragin neighborhood on the Northwest Side last month.

A girl and boy, both 16, were hit by the vehicle as they were crossing the street in the 5300 block of West Grand Avenue at 5:18 p.m. Feb. 16, according to a community alert from Chicago Police.

The teenagers suffered minor injuries and were treated and released from the hospital.

The vehicle was last seen fleeing southbound on Laramie Avenue. It is described as a dark green SUV, possibly a Jeep Rubicon with a spare tire on the back and “Rubicon” printed on the hood, police said.

Anyone with information about the car or the crash should call the Major Accident Investigation Unit at (312) 745-4521.