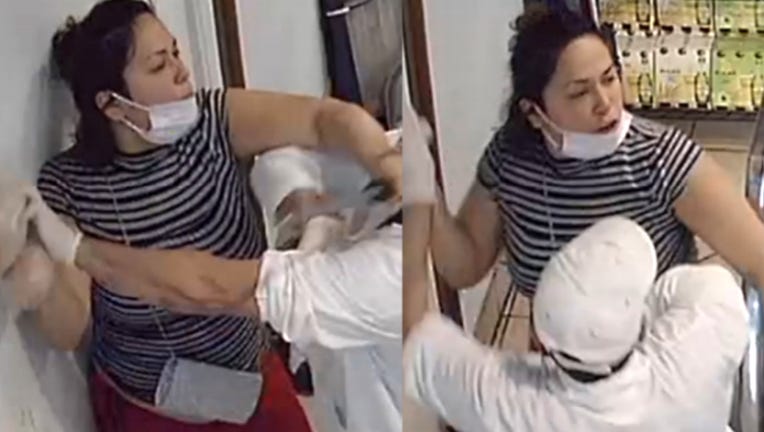 Police released video stills of a woman wanted for allegedly striking a man with a knife sharpener June 17, 2020.

CHICAGO - A woman is wanted by police for allegedly hitting a man during an argument in the North Side Rogers Park neighborhood.

She allegedly struck a 40-year-old man over the head with a knife sharpener, according to a community alert from Chicago police.

The incident happened June 17 in the 2600 Block of West Devon Avenue, police said.