Police in Northbrook, Illinois search backyard in connection with missing woman Linda Seymour who vanished in 1982

Police in Illinois are searching a property in connection with a missing person case from 1982.

NORTHBROOK, Illinois - Police are searching a property in the Chicago suburbs in connection with a missing person case from 1982.

In the evening, crime scene tape still surrounded a home on the 1400 block of Orchard Lane in Northbrook.

Police confirmed the missing woman linked to the cold case investigation was Linda H. Seymour. The 35-year-old woman was last seen on December 21st, 1982 in Northbrook at about 2:30 p.m.

As several investigators meticulously searched for answers behind a shed, neighbors watched with concern.

"It's kind of frightening, in a way a little sketchy, to have something like this happening on the North Shore right in your neighborhood," said neighbor Judy Erickson. 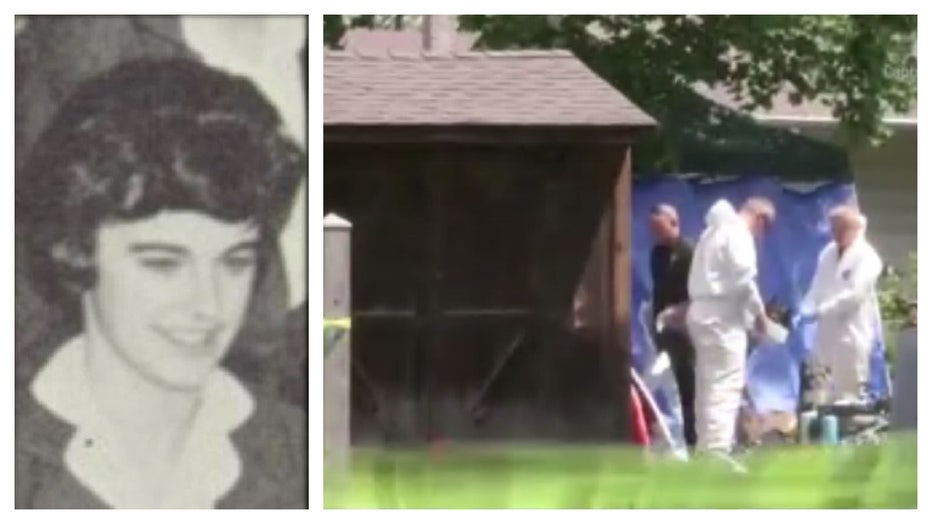 Dillon Welch lives nearby and described what he saw Tuesday morning.

"We just live around the block and drove by here and saw these trucks, and saw someone carrying a metal detector and saw a tent being set up outside," said Welch.

The house being investigated is the last known address for Seymour.

A neighbor who has been in Northbrook for decades said the property owner has been busy lately.

"He's out doing yard work," said Dave Manna. "They were actually just out fixing it up at the end of last season, it was somewhat mess, they looked like maybe they were getting ready to sell because they were doing a lot of updating work."

Another neighbor said everyone is abuzz about the investigation.

"I'm sure that investigators will determine what truly happened," said neighbor Gail Crue.

"There's got to be some closure," said Erickson. "She's been missing for so long."

Investigators have not clarified what the lead is that brought them to the home or if they have found anything of significance. They will be back on the scene Wednesday morning.

Police also said there is no active threat to the community.