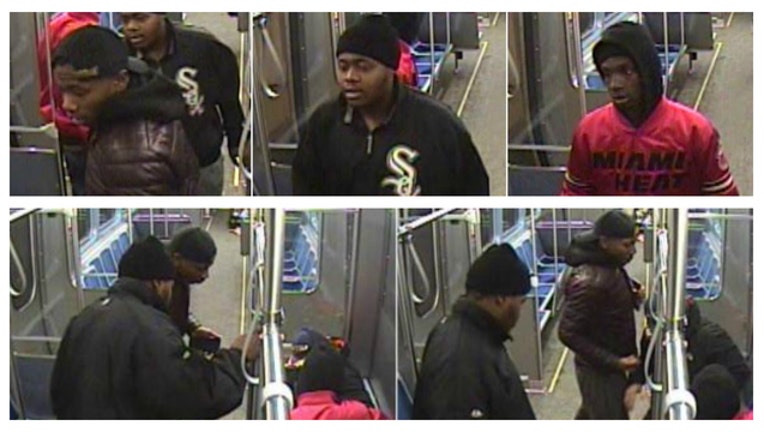 Police are looking for three men who robbed and beat a victim on a Red Line train. | Chicago Police

CHICAGO (SUN TIMES MEDIA WIRE) - Police are searching for three men who robbed and beat a man on a Red Line train on the South Side last week.

The victim got on the Red Line train at the Sox-35th Street station about 1 a.m. on Dec. 12 and was approached by three men who demanded his property, according to a community alert from Chicago Police.

The men beat him, took his property and ran from the train, police said. The victim refused medical attention.

The suspects are described as three black men between 20 and 30 years old, 5-foot-8 to 6-foot, 160 to 220 pounds with medium to dark complexions, police said. One can be seen wearing a White Sox jacket and another was wearing a Miami Heat jacket.