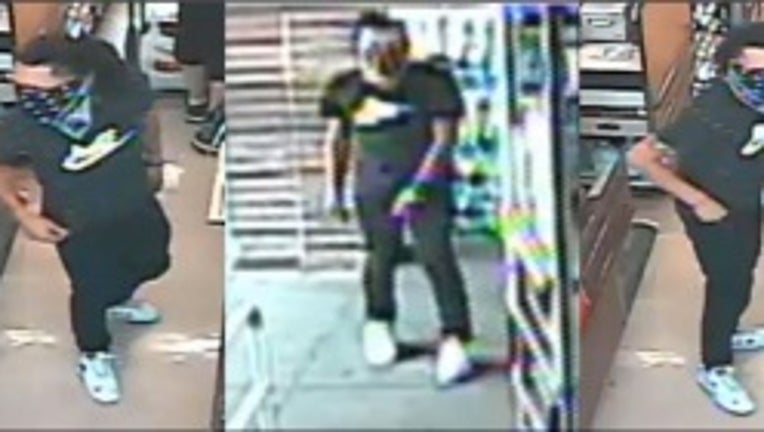 Police released surveillance images of the suspect in a beating July 22, 2020, in the 5300 block of North Broadway in Edgewater.

CHICAGO - Police are looking for a man wanted for attacking someone last month in Edgewater on the North Side.

The suspect hit a 52-year-old man with a blunt object about 11 a.m. July 22 in the 5300 block of North Broadway, according to Chicago police.

He is described as a 5-foot-7 to 5-foot-9 man with a slim build and dark hair, police said. He wore a black Nike T-shirt, black pants and has a tattoo on his upper right arm.

Police released surveillance photos of the suspect and are asking anyone with information to call Area Three detectives at 312-744-8261.