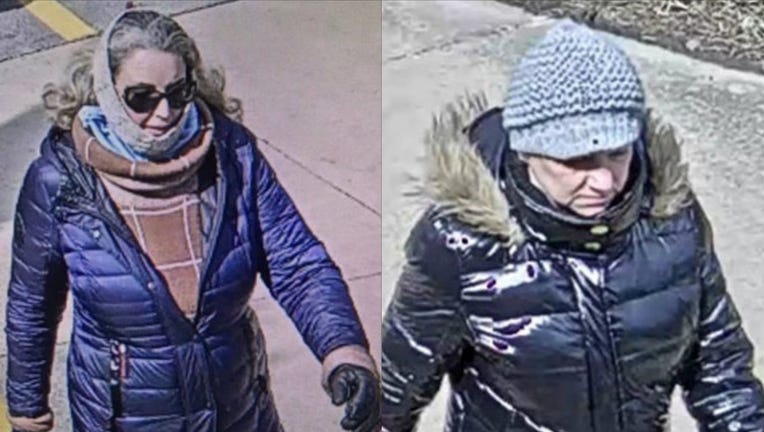 Naperville police are seeking to identify two women in connection with an attack on a jogger March 21, 2020, near 75th and Washington streets.

NAPERVILLE, Ill. - Naperville police are looking for two women wanted for attacking a jogger last week in the west suburb.

The battery was reported about 3:45 p.m. March 21 on a trail near 75th and Washington streets, according to a statement from Naperville police.

Authorities released photos of two women they are looking to identify in connection with the incident.

Crime Stoppers is offering a reward of up to $1,000 for information that leads to an arrest. Anyone with information is asked to call the organization at 630-420-6006.