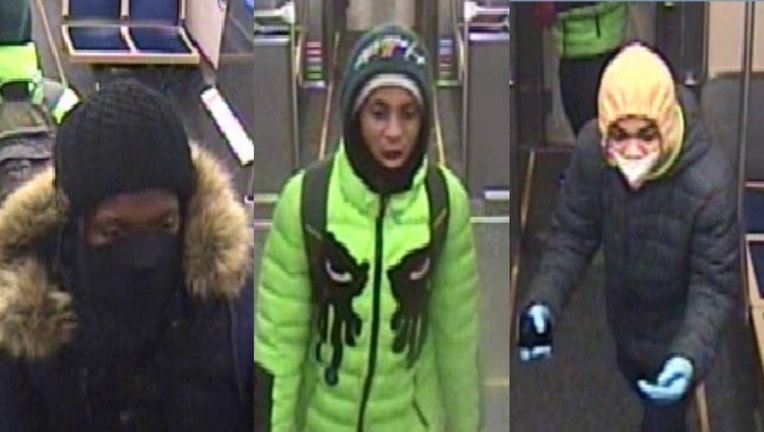 Surveillance images of people wanted in connection with an armed robbery from March 2, 2021, on a Green Line train. | Chicago Police Department

CHICAGO - Chicago police are asking for help identifying three people wanted in connection with an armed robbery last week on a Green Line train on the South Side.

The trio approached a 31-year-old man about 5 a.m. March 2 on a train near the 35th-Bronzeville-IIT station, Chicago police said.

They allegedly threatened the man with a knife and took his property, police said.