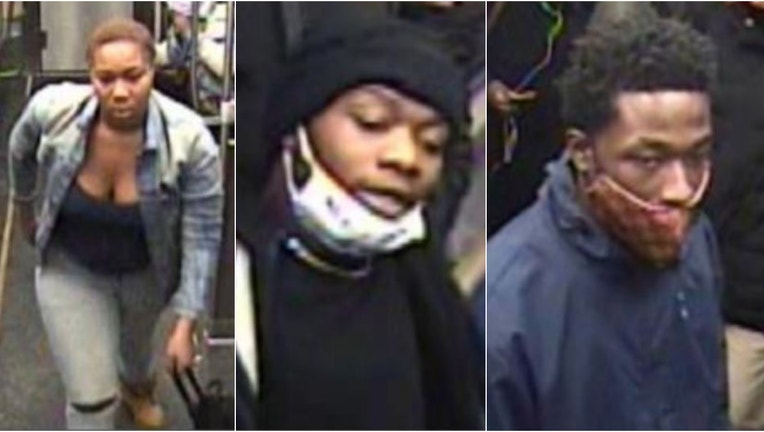 Photo of individuals wanted for a robbery Jan. 9, 2021, on a Green Line train in the 4800 block of West Lake Street. | Chicago police

CHICAGO - Chicago police are asking for help identifying individuals wanted in connection with two separate robberies on CTA trains in January on the West Side and South Side.

In the first incident a passenger on the Green Line was approached by two men and a woman about 4:50 p.m. Jan. 9 in the 4800 block of West Lake Street, who beat him and took his property by force, Chicago police said in a community alert.

In the second incident a man was approached by two males on a Red Line train about 4 a.m. Jan. 19 in the 100 block of West Cermak Road, who flashed a gun and demanded his property, police said.

Anyone with information is asked to contact Area Central detectives at 312-745-4443. 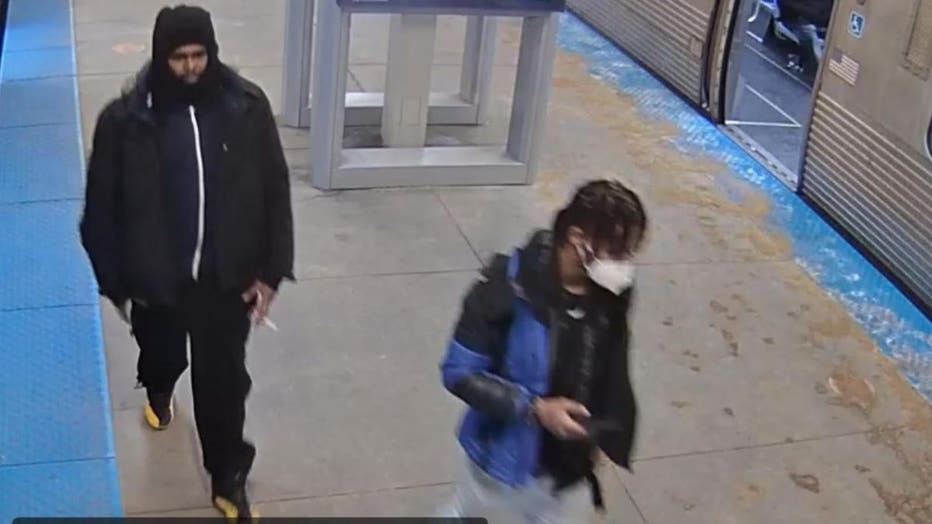 Individuals wanted for an armed robbery on a Red Line train Jan. 19, 2021, in the 100 block of West Cermak Road. | Chicago police