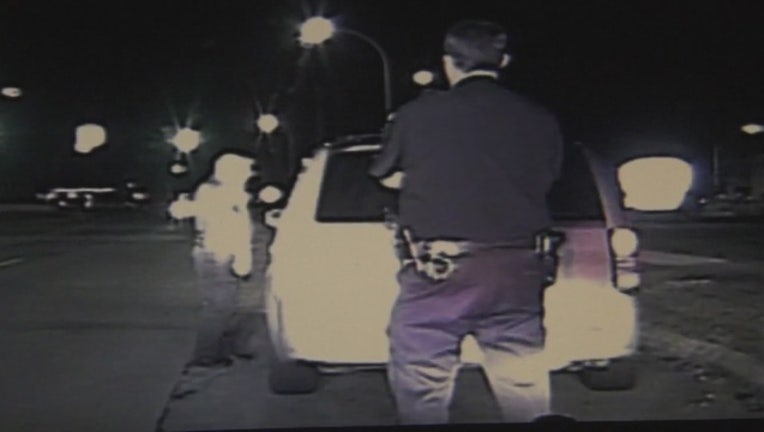 When you're having a heart attack, you need medical help as quick as possible. When 66-year-old Stanley Christmas had a heart attack, his wife was racing to get  him that help. She was pulled over and delayed by police for speeding.

Claudia Christmas was rushing Stanley to the hospital late Wednesday night. He wanted to go to Beaumont so that's where Claudia was headed. But she was speeding.

They didn't let her go. They told her that an ambulance was on the way and that she could not drive.

It's about 6 miles and, at 1:00 in the morning, it should take 10 minutes to get to Beaumont Hospital Grosse Pointe. Claudia was doing 56 in a 35 MPH zone.

"I did acknowledge that and I said we were having a medical emergency," she said.

So we asked St. Clair Shores Deputy Chief Steve Lambert why she had to be pulled over.

"The problem with that is if a driver is going to continue to drive at that rate, she's putting herself, as well as her passenger and the public, in danger of her erratic driving," Lambert said.

During the stop, the officers asked if Stanley had a history of heart attacks. He told the officer he didn't have time for his "stupid questions". Those questions were the issue their daughter, Ashley Christmas, had with the stop.

"Checking their license and coming back and asking them where they worked wasn't relevant to the fact that there was a medical emergency transpiring right in front of their faces," Ashley said.

Lambert said the best thing for anyone having a medical emergency to do is to call 911.

"If they're able, they should always call 911 and have the ambulance respond to the scene," Lambert said.

Claudia said the stop only delayed the treatment and they could have helped instead of making them wait for the ambulance.

There is not a law that justifies speeding so if you're pulled over and you say you're going to the hospital, it's up to the officer to do what they do. In this case, Lambert said a ticket was not issued.

"No ticket was issued. There are certain circumstances where officers have discretion. In this case, the officer exercised proper discretion," he said.

Stanley is in the ICU. He had surgery when he finally arrived at Beaumont by ambulance and it looks like he'll be okay.