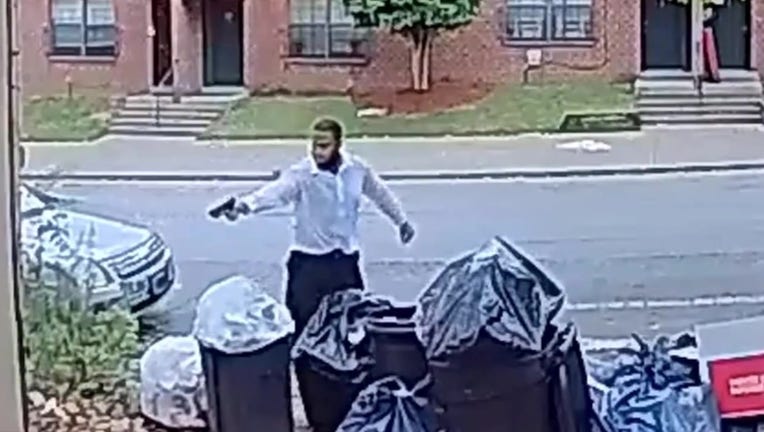 Police are searching for a suspect they say shot another man more than a dozen times in broad daylight earlier this year.

WEST PHILADELPHIA - Authorities are searching for a suspect who they say opened fire on a man in broad daylight over the summer in West Philadelphia.

Police say the shooting happened on the 500 block of North 54th Street just before noon on July 11th.

Police released surveillance video on Thursday that captured most of the gruesome shooting that left a 34-year-old man with critical injuries. Investigators say the suspect, a Black man dressed in a long-sleeved white shirt and long dark pants, gets out of a white Chevy Malibu and opens fire on the 34-year-old victim.

Police are searching for a man they say shot another man in West Philadelphia more than a dozen times.

Police say the victim was struck over a dozen times by gunfire. The suspected shooter is seen on video returning to his car and speeding away.

Authorities say the victim, whose identity had not been released, was taken to the hospital in critical condition but managed to survive his injuries.

Anyone with information on this shooting is asked to contact Southwest Detective Division at 215-686-3183. Online tips can be anonymously submitted here.