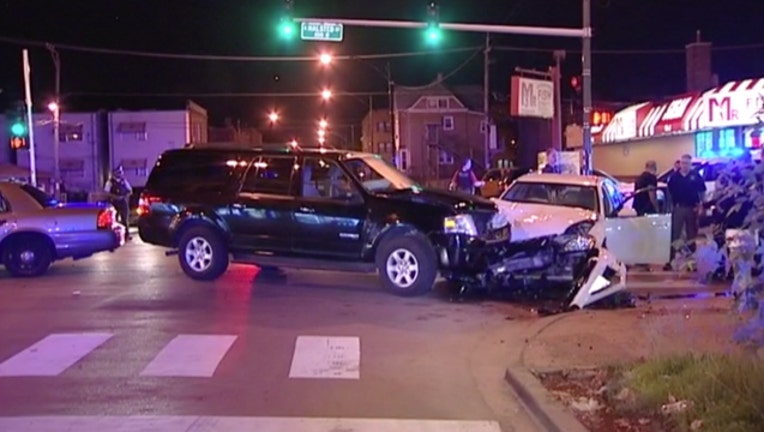 CHICAGO (SUN TIMES MEDIA WIRE) - A police SUV was involved in a two-car crash Wednesday night in the South Side Auburn Gresham neighborhood.

The police SUV and four-door car crashed about 10 p.m. in the 7600 block of South Halsted Street, according to Chicago Police. Minor injuries were reported at the scene, but the number of victims and their hospital information were not immediately available.