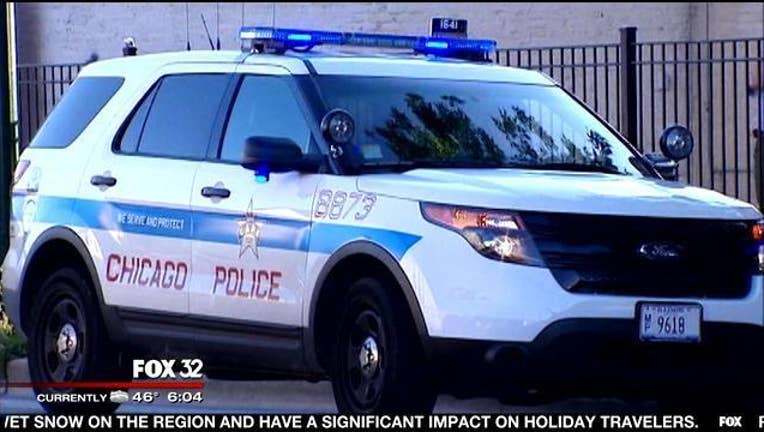 In both cases, suspects "used force and the threat of force," police said.

The males announced a robbery and one of them fired a weapon at the officer, police said. The officer returned fire, but no one was struck.

The robbers ran away with the officer's cellphone and an undisclosed amount of cash, police said.

"Our officer appears to be okay to which we are grateful," Cook County sheriff's spokeswoman Sophia Ansari said.

The suspects were described as black males wearing all black, police said.

The two were described as black males, between 20 and 25 years old, standing 6-feet to 6-foot-2 and weighing between 170 and 180 pounds, police said. Both wore a black skull cap, black hooded sweatshirt and black pants. Both had a dark complexion.

Anyone with information on the robberies is asked to call Area North detectives at (312) 744-8263.