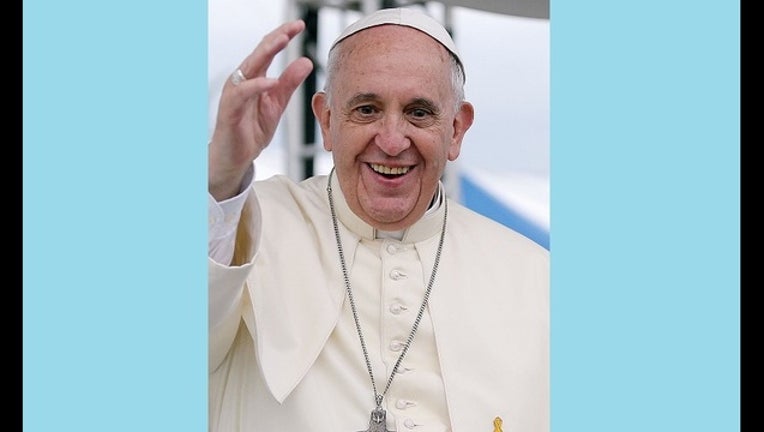 NEW YORK (AP) -- Pope Francis, speaking Monday from Rome via satellite to people in three American cities, asked a teenage girl to sing for him as he sought prayers for his upcoming trip to the United States.

The pope spoke with people in Los Angeles, Chicago and McAllen, Texas, in an event arranged by ABC News.

The 17-year-old girl in Chicago, Valerie Herrera, a high school senior, wept as she told Francis she'd been bullied because of a rare skin condition and had turned to music for comfort. He said in English he would like to hear her sing. When she hesitated, he told her to "be courageous."

"I was so nervous, and we were talking and I started crying because of the nerves," Herrera told WLS-TV in Chicago.

She said she learned the song, "By You, Mary," years ago in choir and it's the first one that came to mind. She sang in Spanish, and he smiled and thanked her.

Francis will make his first visit to the United States starting Sept. 22 in Washington, then moving to New York and Philadelphia.

"I'm praying for all of you, the people of the United States, and I ask you to pray for me," Francis said.

Herrera's school, Cristo Rey Jesuit High School in Chicago's Pilsen neighborhood, was notified late last week of the opportunity for its students to speak to the pope, WLS reported. President Antonio Ortiz said he was astonished to learn Francis hand-picked his school.