CHICAGO - Romel’s barber shop was crowded Tuesday afternoon when two men walked in and seemed to set their sights on a young barber, the one who often talked about turning his life around.

One of the men pulled out a gun and fired. Dedrick Causey collapsed as customers ducked and scrambled inside the shop at 411 E. 71st Street.

One the bullets hit the man with the gunman. He stumbled out into the alley, a wound to his neck, and died. Causey, 24, would die hours later of multiple gunshot wounds.

"We had little kids in there," said shop owner Romel Collins. "I was cutting a boy’s hair, he must have been 12. Everybody hit the deck and they ambushed him.

"I feel like I lost a son," Collins added. 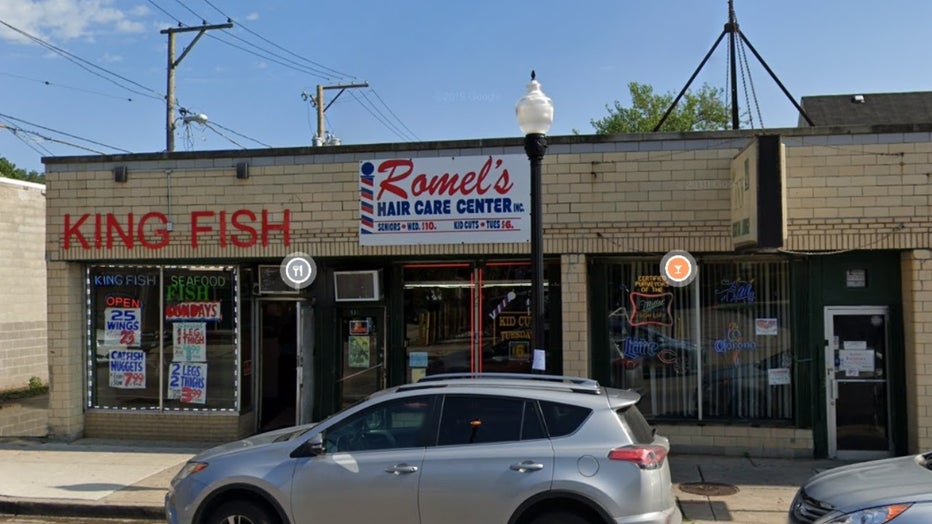 Chicago police did not offer any motive for the attack, which occurred around 5 p.m. along a busy commercial strip in the Park Manor neighborhood. The gunman remains at large.

"It looked like they were targeting him," Collins said, though he knew of no reason why anyone would want to kill Causey.

"He was a church-going kid. All he talked about was God," he said. "He didn’t gang bang. He didn’t do none of that."

Hundreds of tributes poured into Facebook as news of his death circulated, some remembering how he preached on the streets.

"I’ve been watching this boy grow up," Collins said. "He was dealing with the wrong people about 10 years ago and changed his whole lifestyle and went with Jesus, man, I was so proud of him."

At least 33 people have been killed so far this year in Greater Grand Crossing area which includes Park Manor. That’s four more than the community’s total for all of last year and more than double the homicides the community had in 2018, according to Sun-Times data.