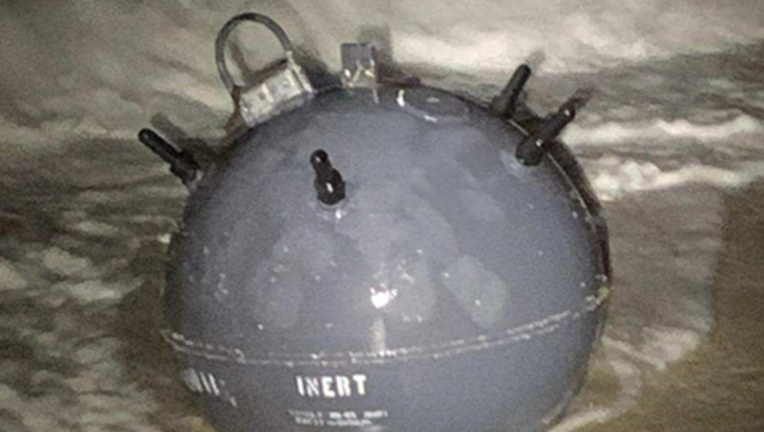 BROWARD COUNTY, Fla. - It's not unusual for some kinds of aquatic creatures to wash up on Florida beaches, but what about a naval mine?

The Broward County Sheriff's Office said at approximately 2:30 a.m. on Sunday, a deputy on patrol in Lauderdale-By-The-Sea discovered the object on the beach.

Authorities said deputies secured the area around the object and closed off a small section of the beach.

Officials said the bomb squad and Air Force determined that the sea mine was safe and removed it from the beach.

The beach has since been reopened, officials reported.