The speech covered a wide variety of topics, from coronavirus to trade to his Democratic opponent, Joe Biden, whom he calls "Sleepy Joe," to Rep. Alexandria Ocasio-Cortez.

President Donald Trump held his first rally in months before a smaller-than-expected crowd in Tulsa, Oklahoma on Saturday night.

The crowd had been filtering all day into the 19,000-seat BOK Center. The upper levels of the arena were partially empty when Trump started speaking shortly after 7 p.m. There was also empty space on the floor.

Trump campaign officials said protesters prevented the president's supporters from entering the stadium. However, three Associated Press journalists reporting in Tulsa for several hours leading up to the president's speaking did not see protesters block entry to the area where the rally was held.

Meanwhile, thousands of people filled the downtown streets, including a large group of Black Lives Matter protesters who chanted and marched, occasionally getting into shouting matches with Trump supporters who chanted, "all lives matter."

This is the largest indoor event the country has seen since restrictions to prevent the  COVID-19 virus began in March. 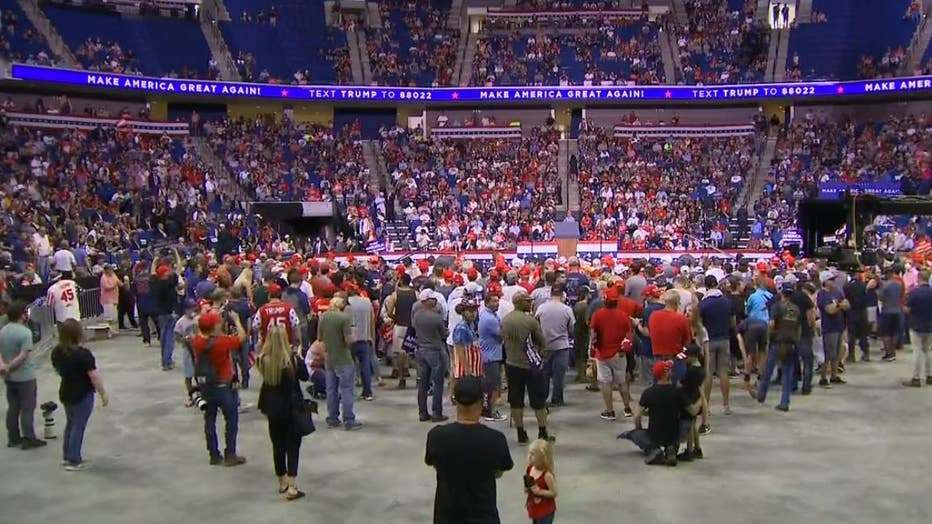 The BOK arena at 6:20 pm CDT on Saturday, about 40 minutes before President Trump was expected to speak.

Trump had been expected to speak at an outdoor "overflow" event within a perimeter of tall metal barriers around the BOK Center, but that appearance was abruptly canceled after the area appeared to be empty.

The vast majority of the Trump supporters in the arena were not wearing masks. 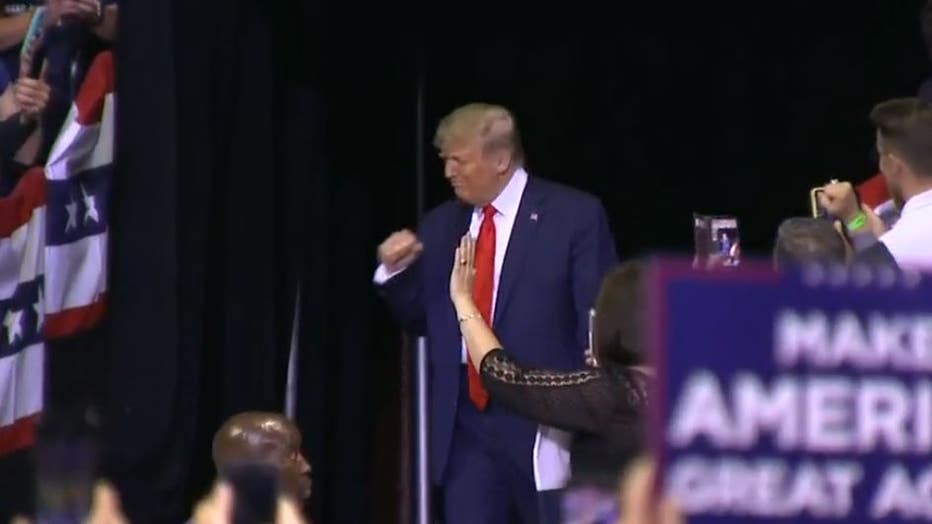 Six staff members who set up the rally tested positive for coronavirus and were not in attendance.

About 100 protesters opposed to the policies of President Donald Trump marched in Chicago on Saturday.