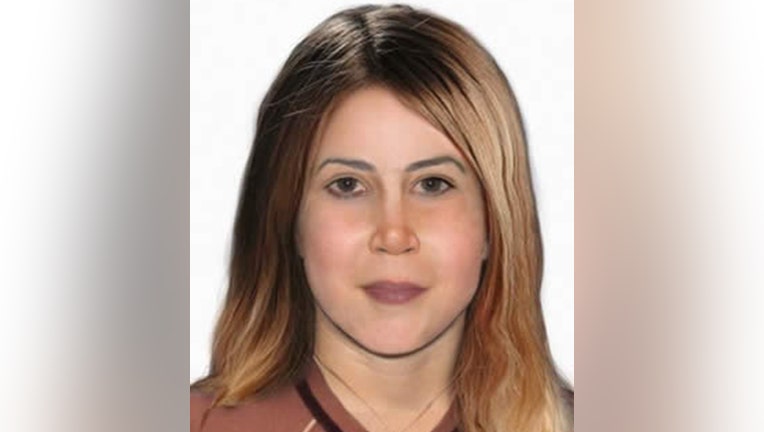 A facial reconstruction illustration of "Princess Doe," whose body was found in a cemetery in New Jersey in 1982. (NCMEC via Warren County Prosecutor's Office)

BLAIRSTOWN, N.J. - A girl who was dubbed Princess Doe after her remains were found 40 years ago in a cemetery in Warren County, New Jersey, has been identified as a Long Island teenager, authorities announced Friday.

Authorities have charged a convicted felon already in prison with the murder of Dawn Olanick, 17, of West Babylon in Suffolk County, New York, according to the Warren County prosecutor's office. The suspect, Arthur Kinlaw, 68, is currently serving 20 years to life in Sullivan County, New York, on two first-degree murder convictions.

"Witness accounts indicate that Arthur Kinlaw had met the previously unknown female and attempted to lure her into prostitution," the prosecutor's office said in a release. "When she refused, he drove her to New Jersey where he ultimately killed her."

A worker at the Cedar Ridge Cemetery in Blairstown, near the Pennsylvania border, found her remains on July 25, 1982, in a heavily wooded area of the cemetery near a steep embankment leading to a stream, the prosecutor said.

She had been beaten beyond recognition; she died of blunt trauma to her face and head with multiple fractures.

Investigators who sought to identify her called her "Princess Doe." Blairstown residents gave her a burial. Her gravestone reads: "Princess Doe. Missing from home. Dead among strangers. Remembered by all."

"On January 22, 1983, the body of Princess Doe was laid to rest in Cedar Ridge Cemetery, yards from where her body was found the previous summer," the prosecutor's office said in a release. "The citizens of Blairstown paid for her burial and headstone. The community has never forgotten the terrible crime that occurred and there have been numerous memorials throughout the years since her death."

Information about a lawyer who could speak on Kinlaw's behalf about the new charges wasn't immediately available.

"For 40 years, law enforcement has not given up on Princess Doe," Warren County Prosecutor James Pfeiffer said Friday during a news conference with New Jersey State Police and other law enforcement and assisting agencies.

Kinlaw confessed to the Princess Doe slaying in written statements dating to 2005, authorities revealed Friday. But the prosecutor said that determining the victim's identity was crucial to assembling a solid case.

Princess Doe was positively identified as Dawn Olanick, on April 29, 2022 after various forensic testing. The process began in 2007, when the University of N. Texas Center for Human Identification tested skeletal remains for DNA. On May 19, 2021, the National Center for Missing and Exploited Children contacted the Warren County Prosecutor’s Office offering financial assistance to have the DNA re-tested for purposes of developing a genealogical profile. In June, 2021, Astrea Forensics accepted the investigation and agreed to perform a new extraction and DNA profile. In February 2022, the updated profile was forwarded to Innovative Forensic Investigations, who agreed to unlimited pro bono assistance. Innovative Forensics completed a genealogical profile and identified Dawn Olanick as a possible contributor and identified potential living relatives.

Based on this information, investigators met with her brother, who confirmed Dawn was his sister, who has been missing since 1982. Dawn Olanick’s sister provided DNA samples for comparison purposes. Those samples were profiled by Milotyping Technologies, which developed a mitochondrial DNA profile. The Union County Prosecutor’s Office volunteered to assist and developed a STR (short tandem repeat) profile from the sister’s sample, which was forwarded to the University of N. Texas Laboratory.

On April 29, 2022, the University of N. Texas analyzed these profiles and positively identified Princess Doe as Dawn Olanick.

With The Associated Press.