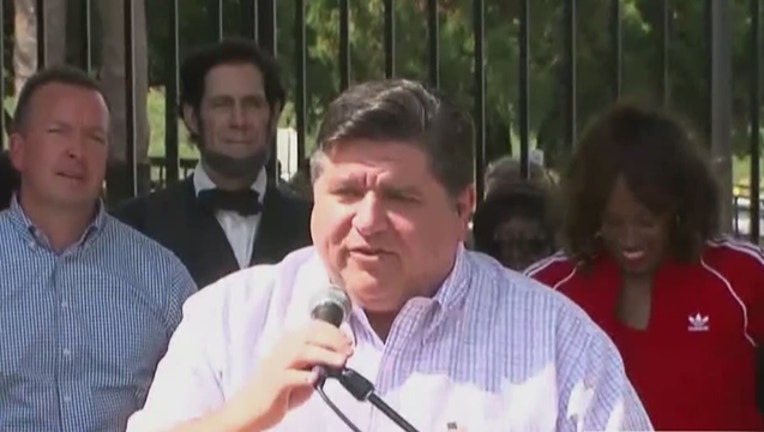 The governor spoke after he and Agriculture Director John Sullivan unveiled the sculpted butter cow. Sullivan says the 800-pound (363-kilogram) homage to the state's dairy industry is a nearly century-old tradition.

Pritzker says he didn't brave any carnival rides when he visited the fair last year as a candidate for governor. He wouldn't commit to one this year.

"Definitely not after I eat food," he quipped.