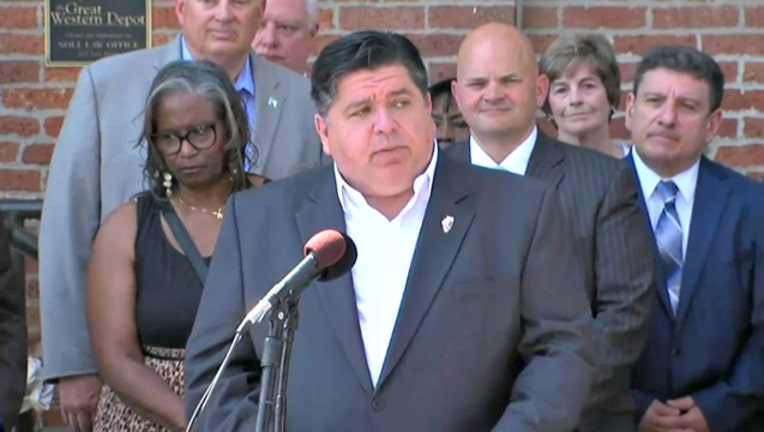 SPRINGFIELD, Ill. (AP) - Illinois Democratic Gov. J.B. Pritzker on Friday signed into law a plan that will pour $45 billion into state construction projects to build and upgrade roads, bridges, parks and schools - and will require drivers, smokers and gamblers to pick up the tab.

Pritzker called it the "most comprehensive reconstruction effort" in the state's history.

"Together we passed the largest, most robust capital plan in this state's history," said Pritzker, whose office says the plan will create 540,000 jobs. "We're investing $45 billion over 6 years to fix what's broken and repair what's needed."

Illinois' first statewide capital plan in 10 years will include spending on everything from an expansion of high-speed broadband internet to sewage system development. The bulk of the money - $33.2 billion - will be spent on transportation projects. An additional $4.3 billion will be spent on state facilities, $3.5 billion on education projects and $1.2 billion on environmental projects.

To pay for it all, the Democratic-controlled Legislature approved the expansion of gambling around the state, including new casinos in Chicago, Rockford, Danville, Williamson County and a yet-to-be-decided site in a Cook County suburb south of Chicago. Supporters say the state's share of gambling revenue will be $2 billion in one-time licensing fees and an additional $400 million a year when all the casinos are up and running.

"We're responsibly expanding gaming at the request of cities that want to make sure that they have the resources to pay for police and firefighter pensions, and to fund vital services," Pritzker said.

Lawmakers also have signed off on doubling the state's gasoline tax from 19 cents a gallon to 38 cents a gallon, as well as bumping the price of cigarettes by $1 a pack, and adding a 15% tax on e-cigarettes. The cost to register electric vehicles will climb by $250; the cost to register all other vehicles will be increased by $50. The plan also calls for an increase on the real estate transfer on commercial properties and the removal of a sales tax exemption on property valued at more than $10,000.