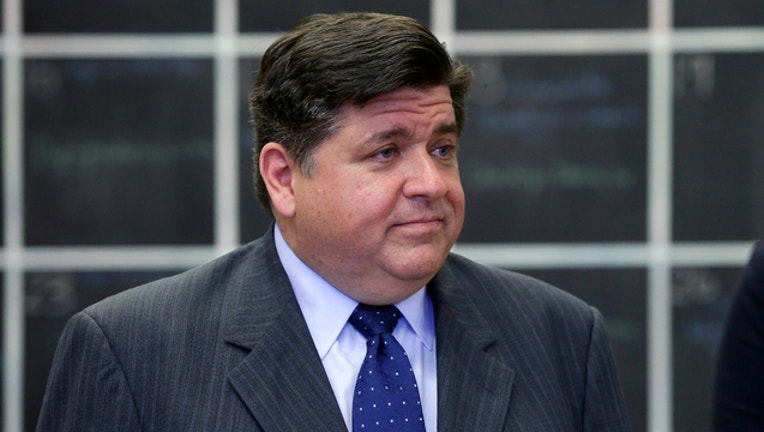 SPRINGFIELD, Ill. (AP) - Gov.-elect JB Pritzker's victory over incumbent Bruce Rauner was fueled by dissatisfaction with the Republican's handling of a state budget crisis and by greater trust in the Democrat to eradicate government corruption.

Pritzker, who used $172 million of his own money in the campaign, more than any gubernatorial candidate in U.S. history, said Wednesday that despite the labels with which his opponent tagged him, voters trust him to scrub Illinois politics of its shady reputation.

"We've got to rid our state of corruption. We've got to have transparency in government, change the campaign finance system, we've got to get rid of the conflicts of interest that people have," Pritzker said Wednesday in an interview with The Associated Press. "I think people just didn't trust Gov. Rauner to get things done. I think they do trust me to do that and I will."

The fiscal standoff , the longest endured by any state since at least the Great Depression, loomed large. Nearly two-thirds of voters in Illinois disapproved of Rauner's handling of it and about three-quarters of them voted for Pritzker, according to results from AP VoteCast, a nationwide survey of more than 115,000 voters and 20,000 nonvoters conducted for the AP by NORC at the University of Chicago.

VoteCast found that 79 percent said corruption in Illinois' government is a "major problem." Pritzker apparently led among those who concurred with that assessment, 51 percent to 41.

Pritzker won 54 percent of the vote to Rauner's 39.3 percent, according to unofficial election returns. That 14.7 percentage-point margin is the largest defeat of an incumbent Illinois governor since at least 1900.

The billionaire heir to the Hyatt hotel fortune defended his campaign spending, saying "Illinois is worth it and worth it, in particular, to defeat Gov. Bruce Rauner."

But he pledged a "comprehensive" look at campaign finance laws to make elective office available to everyone, including consideration of public financing, an idea floated by one of his Democratic primary opponents, Sen. Daniel Biss. He did not offer further details on that or ending conflicts of interest.

Pritzker has promised to push for a constitutional amendment to replace the flat income-tax system with a progressive one that requires the wealthy to pay a greater share, but that's a question for voters that can't be posed until 2020. Pritzker said his first task will be to present a balanced budget plan that relies on revenue from taxing legalized recreational marijuana, and possibly on legalized sports betting and expanded casino gambling.

"We want to have a budget that helps us create jobs and attract companies to the state and bringing back stability to our state will be a big progenitor of jobs and encouraging people to come," Pritzker said. "When we create jobs we bring revenue to the state without raising taxes."

Pritzker's triumph capped a big night for Democrats, who will take control off all six statewide offices and boast three-fifths supermajorities in both the state House and the Senate.

Pritzker acknowledged the difficulty in getting consensus among Democrats in Illinois, where geography and cultural differences can vary widely. However, he said, "we share common values" on issues such as expanding health care and making college affordable.

"Democrats don't always agree on everything, so we'll have to work hard to make sure we're getting the things done that we need for working families, but I'm going to stand on principle on the things that are extraordinarily important to them," Pritzker said.

He added that he spoke Tuesday night to the House and Senate Republican leaders, Jim Durkin and Bill Brady respectively, "and offered to them my interest and willingness to bring them to the table as we try to solve the challenges that we've got across the state."