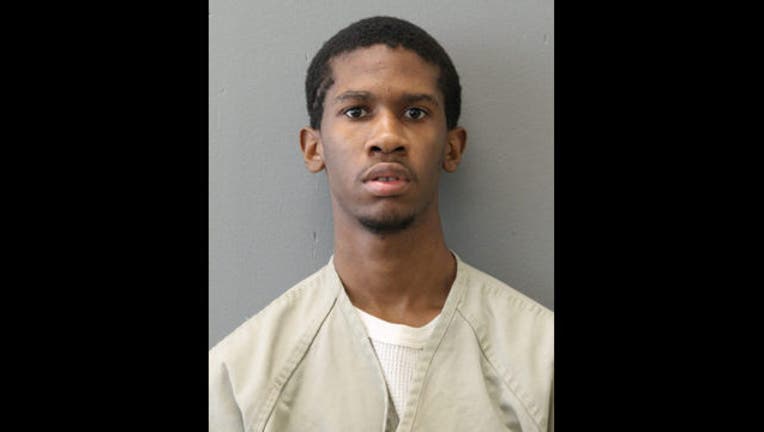 CHICAGO (STMW) - A man has been charged with killing a man a year ago in the Burnside neighborhood on the South Side.

Kinton Jones, 22, was charged with first-degree murder in connection with the shooting on Sept. 10, 2014, according to Chicago Police.

Jones was driving in the 9300 block of South Greenwood about 10:35 a.m. and pulled alongside 21-year-old Michael Wright’s car, according to prosecutors.

Jones confronted Wright about telling people what kind of car he drove, prosecutors said. Wright denied knowing anything about it, and Jones pulled a gun from the center console and fired at Wright.

Wright was struck multiple times in the chest, but drove away until he crashed about a block away, prosecutors said.

He was taken to Advocate Christ Medical Center in Oak Lawn, where he was later pronounced dead, authorities said.

Prosecutors said Jones was identified as the shooter after his car was caught on a speed camera in the area of the murder before the shooting, and cellphone towers showed him in the area.