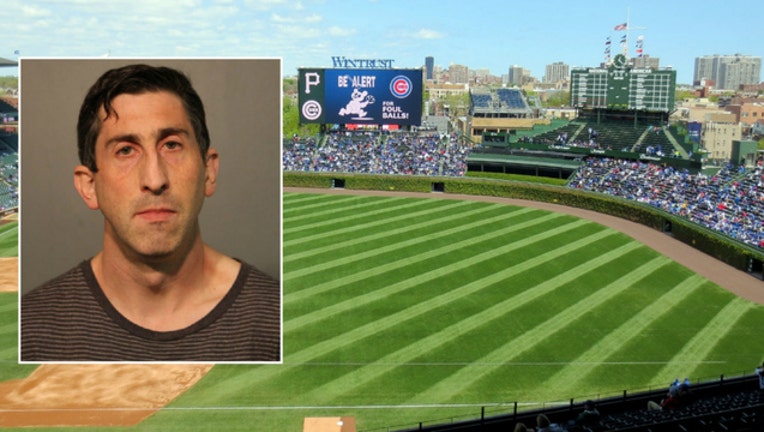 CHICAGO (Sun-Times Media Wire) - A convicted sex offender accused of trying to take a picture of a 12-year-old boy urinating in a Wrigley Field bathroom Saturday had video recordings of what appears to be other minors using the restroom at the ballpark that afternoon, Cook County prosecutors said.

The faces of the males using the urinal trough and stalls can be seen in several of the files and at least four of those seen in the videos appear to be under the age of 18, Assistant State’s Attorney Marilyn Salas-Wail told Judge Maria Kuriakos Ciesil on Tuesday.

The 12-year-old boy, whose father caught Nichols Gregor, was not seen on the recordings that were apparently taken from 1:45 p.m. to 3:35 p.m. on Saturday, the Chicago Sun-Times is reporting.

The boy and his father went to the bathroom as they and the rest of the family called it a day in the 8th inning, Salas-Wail said.

The father was washing his hands and standing about four-to-five feet away from his son when he noticed Gregor holding a black object that was the size of an iPhone case in his right hand, Salas-Wail said.

Gregor, 37, was so close to the boy at the trough, he rubbed shoulders with the minor as he held the black object and a black bag that was pointed toward the boy’s groin, Salas-Wail said.

When the boy’s father confronted Gregor, he tried to leave, Salas-Wail said.

“What are you doing?” the dad asked Gregor, according to a police report.

“Nothing,” Gregor said as he fumbled with his belongings and tried to walk away.

“Stop. I know you did something,” the dad said.

“I didn’t take any pictures,” Gregor  insisted, according to the police report.

The father of the boy grabbed onto Gregor’s backpack and held him down with the help of another individual, Salas-Wail said.

Gregor, of Villa Park, can allegedly be seen in the videos adjusting the camera.

Gregor has been charged with two counts of unauthorized video taping and one count of video taping in a public place, all felony sex offenses.

Nicholas Gregor pleaded guilty in 2011 to possessing child pornography and illegal taping of minors and was sentenced to six months in jail, according to the Illinois Sex Offender registry.

After his arrest, police found hundreds of videos of child pornography on Gregor’s home computer in Lombard, DuPage County prosecutors said at his trial. Salas-Wail on Tuesday said Gregor would get some footage by pointing his camera on boys’ genitals at a recreational center.

Kuriakos Ciesil called Gregor a “predator” before ordering him held without bond.