COOK COUNTY, Ill. - After a two-week strike, teachers have voted to approve a contract with the Proviso Township High School District 209.

The members of the union voted 57% to 43% in favor of the three-year agreement, according to district and union officials.

The deal includes a 3% raise for teachers each year of the contract, as well as an annual $500 bonus. Students will switch to an eight-period school schedule beginning this fall.

"The members and leaders of the Proviso Teachers Union want to extend our deepest gratitude to the parents, students, and community members who overwhelmingly supported us throughout this important fight," union president Maggie Riley said in a statement.

"Because of you, and because of the almost 300 Proviso educators who stood together in solidarity, we are more unified and stronger than ever," she added. 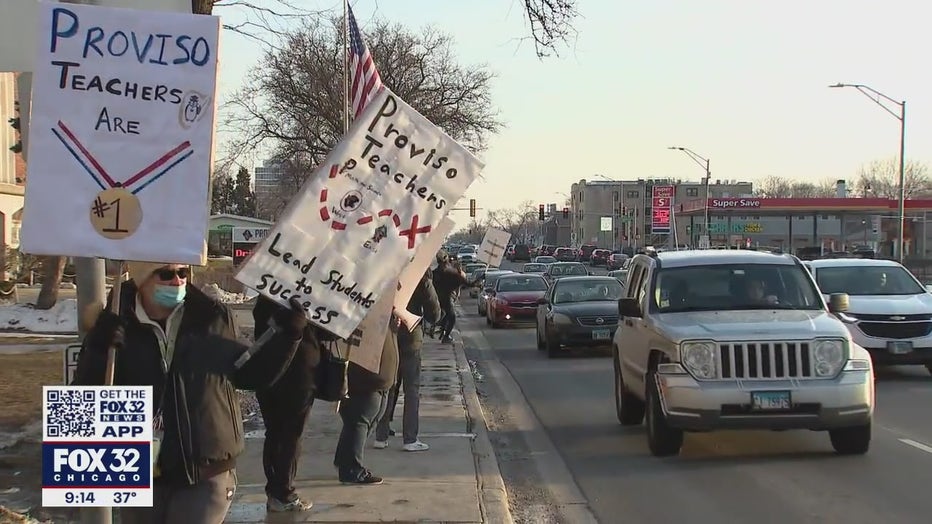 Superintendent of Schools James L. Henderson said the vote "represents the opportunity for our scholars to return to in-person learning with their teachers. This is a win-win for all parties involved — especially our students."

Henderson will present the agreement to the school board on April 12.

Both sides announced a tentative agreement on March 23, ending a strike that canceled classes for two weeks. At the time of the agreement, students were on spring break but returned to classes on Monday.