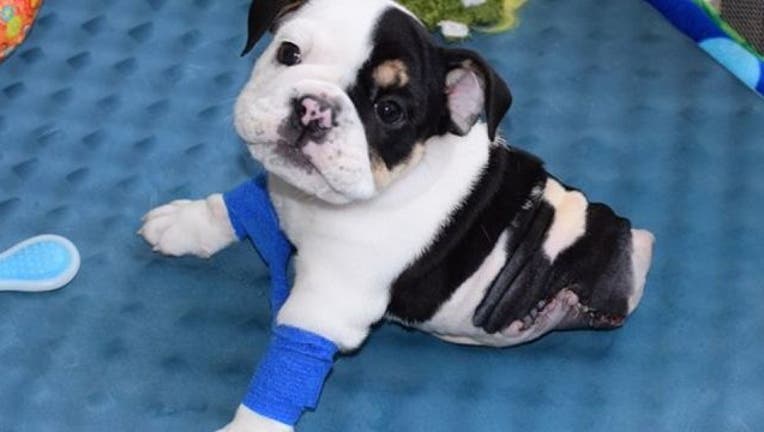 (FOX News) - An English Bulldog puppy born with only half his spine, no pelvis, contracted hind legs and multiple other rare deformities has captured the hearts of thousands as fundraising efforts to help him go viral.

Bonsai, who was born to a breeder in Arkansas in April, was officially diagnosed with a human condition called Caudal Regression and Sacrocaudal Dysgenesis, a first in the canine world, according to his YouCaring page. He was also diagnosed with Swimmer’s Syndrome, which means his chest is dangerously flat and his two front legs are sprawled out to the sides.

His owner’s reached out to Friends of Emma, a rescue organization dedicated to helping dogs with special needs, so that he could receive the proper care he needed.

According to an update on the page, Bonsai had his hind two legs amputated in June as they were deemed useless, and is recovering well. He is also undergoing therapy to help reverse the symptoms of Swimmer’s Syndrome.