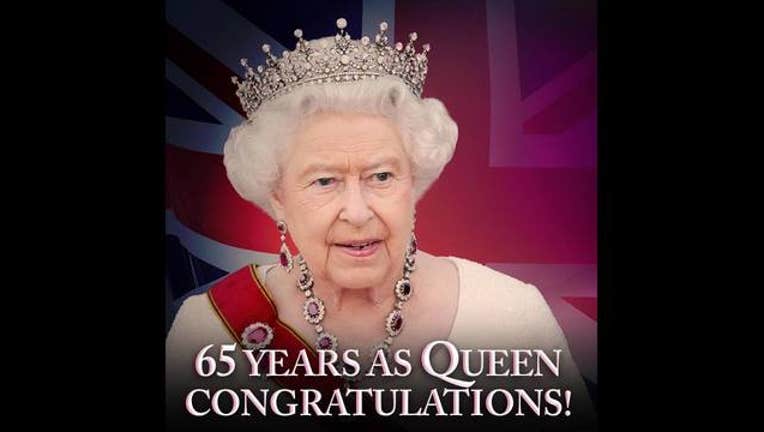 LONDON (AP) - Queen Elizabeth II has become the first British monarch to reach the milestone of 65 years on the throne.

The queen's Sapphire Jubilee was marked Monday with a 41-gun salute by World War I-era field guns in London's Green Park, and another 62-round gun salute at the Tower of London.

Buckingham Palace also released a photo of Elizabeth taken by British photographer David Bailey in 2014. In the picture, the monarch wears a suite of sapphire jewelry given to her by her father as a wedding gift in 1947.

The palace says the 90-year-old Elizabeth was spending the day quietly at her Sandringham estate in eastern England. She does not celebrate the anniversary of the date she became queen, known as Ascension Day, as it is also the anniversary of her father's death.

Elizabeth became monarch on the death of her father, King George VI, from lung cancer at age 56 on Feb. 6, 1952.

She surpassed Queen Victoria as Britain's longest-serving monarch in 2015.