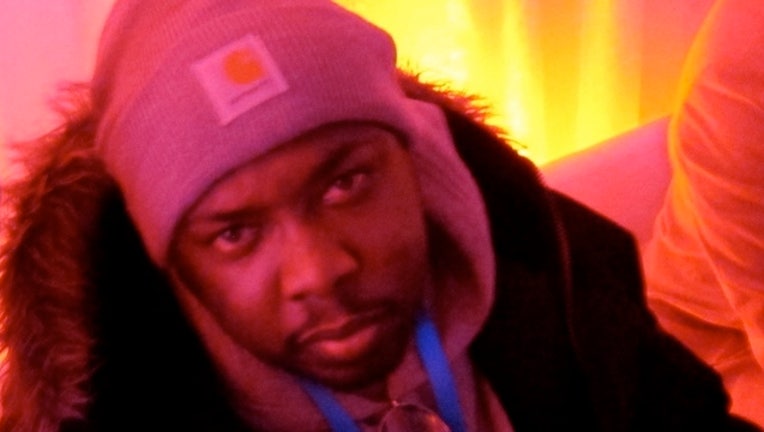 NEW YORK (AP) -- Phife Dawg, a masterful lyricist whose witty wordplay was a linchpin of the groundbreaking hip-hop group A Tribe Called Quest, died Tuesday from complications resulting from diabetes, his family said in a statement on Wednesday. He was 45.

Born Malik Isaac Taylor, he was known as the "Five Foot Assassin" because he was 5 feet 3 inches tall.

"Malik was our loving husband, father, brother and friend. We love him dearly. How he impacted all our lives will never be forgotten. His love for music and sports was only surpassed by his love of God and family," the statement read.

The family did not disclose any other details.

Taylor, who earned respect for his skillful and thoughtful rhymes, was part of number of rap classics with Tribe, including "Scenario," "Bonita Applebum," "Can I Kick It?" and "I Left My Wallet in El Segundo," among others.

"I like `em brown, yellow, Puerto Rican or Haitian, name is Phife Dawg from the Zulu Nation," he famously rapped on "Electric Relaxation."

Taylor grew up in Queens, New York, with fellow Tribe member Q-Tip. In high school, the two met Ali Shaheed Muhammad, who is from Brooklyn, to form Tribe. Jarobi White later joined the group. The collective -- known for its artistic songs and lyrics -- recently celebrated the 25th anniversary of their debut album, "People's Instinctive Travels and the Paths of Rhythm."

They were pioneers of rap, blending genres like jazz into hip-hop and offering rap fans a different sound and style than the gangsta rap that dominated airwaves at the time.

Taylor and Q-Tip were known for trading words on songs and playing off one another.

"I was just learning," Taylor said in a recent interview with The Associated Press when asked about recording the group's 1990 debut album. "I was just watching Q-Tip."

In the November interview, he was just as passionate about rap as he was when the Tribe launched its career. The group had some tense moments -- seen in the 2011 documentary "Beats, Rhymes & Life: The Travels of a Tribe Called Quest" -- but thoughts of re-grouping were being considered. To celebrate the group's 25th anniversary, they performed together on "The Tonight Show Starring Jimmy Fallon."

Taylor said he was ready to tour again with his band mates.

"I'm going to speak for myself -- that's always the case for me, whether we're together or not. These are my brothers. I know nothing but them. I only wanna work with them," he told the AP. "In terms of going on tour, I wanna go on tour with them."

At his Wednesday concert in Sydney, Australia, Kendrick Lamar spoke about Taylor's influence on him and had the audience of 18,000 chant the late rapper's name.

"We lost one of the pioneers in hip-hop today by the name of Phife Dawg," Lamar said. "We're gonna give it up for him, for allowing me to do what I'm doing on this stage right here, right now, today."

Questlove posted a lengthy memoriam on Instagram and wrote about how epic Dawg's verse was on "Buggin' Out," from 1991's "The Low End Theory."

"Malik "Phife" Taylor's verse was such a gauntlet/flag planting moment in hip hop. Every hip hop head was just...stunned HE. CAME. FOR. BLOOD & was taking NO prisoners on this album (or ever again)," Questlove wrote.

As a rapper who took time to craft his skills and come up with clever and intellectual lyrics, Taylor expected the same from others and was critical of contemporary hip-hop.

"Back when we were doing it everybody had their own lane, nowadays it's one on top of the other. `Oh, this sold 3 million with that style let me duplicate that style and run with it,"' he said.

"In order for (us) to see the future everybody can't sound like Future. Like, everybody sounds like Future," he added, referring to the popular rapper-singer-producer Future. "Like, I don't know even know who's who outside of Future. It's the same thing. You watch the hip-hop awards, and I watch it religiously because I'm hip-hop ...and it's like, `Oh! I thought that was ...wait a minute.' Because everybody sounds so much alike. I think we honored our craft a little bit more compared to now."

He added that "there's a few who still honor their craft, the Kendricks, the J. Coles, that whole Pro-Era crew ... but there's not enough."

"I also will celebrate his incredible life and contribution to many people's ears across the world. Even with all his success, I have never met a person as humble as he," Liverpool said. "He taught me that maintaining a positive attitude and outlook can conquer anything. Now my brother is resting in greatness. I'm honored to have crossed paths with him. Riddim Kidz 4eva."