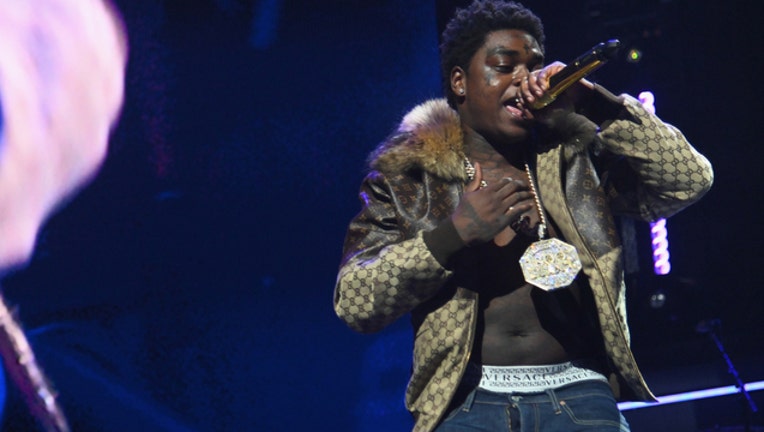 LEWISTON, N.Y. (AP) - New York state police say rapper Kodak Black was arrested on drug and weapons charges as he tried to cross from Canada into the United States near Niagara Falls.

Police say Bill Kapri, whose stage name is Kodak Black, was among three people spotted Wednesday in the Cadillac Escalade. Black, who was driving, was found with marijuana, and officers discovered a Glock 9mm pistol in the vehicle.

Black was remanded to county jail. It was not immediately clear if he had an attorney.

Black also faces a charge in South Carolina of first-degree criminal sexual misconduct for allegedly raping a woman after a 2016 concert. The rapper is known for songs including "Zeze," and "No Flockin."