All of the items were found at Oxburgh Hall, a manor house in Norfolk, U.K., according to FOX News.

Archaeologists in the U.K. have found part of a rare 15th-century religious manuscript as well as other items spanning the centuries under the floorboards of a historic country house.

“A page from a rare 15th-century illuminated manuscript was among the items recovered, many dating back to the Tudor period,” the U.K.’s National Trust explained in a statement. “Finds range from fragments of late 16th century books to high status Elizabethan textiles, as well as more mundane modern objects such as cigarette packets and an empty box of Terry’s chocolates that date to the Second World War – which may have been hidden after the chocolates were eaten.”

All of the items were found at Oxburgh Hall, a manor house in Norfolk.

Terry’s is a well-known chocolate brand in the U.K. The Tudor period began in 1485 with the reign of King Henry VII, the first of the Tudor monarchs, and ended with the death of Elizabeth I in 1603. 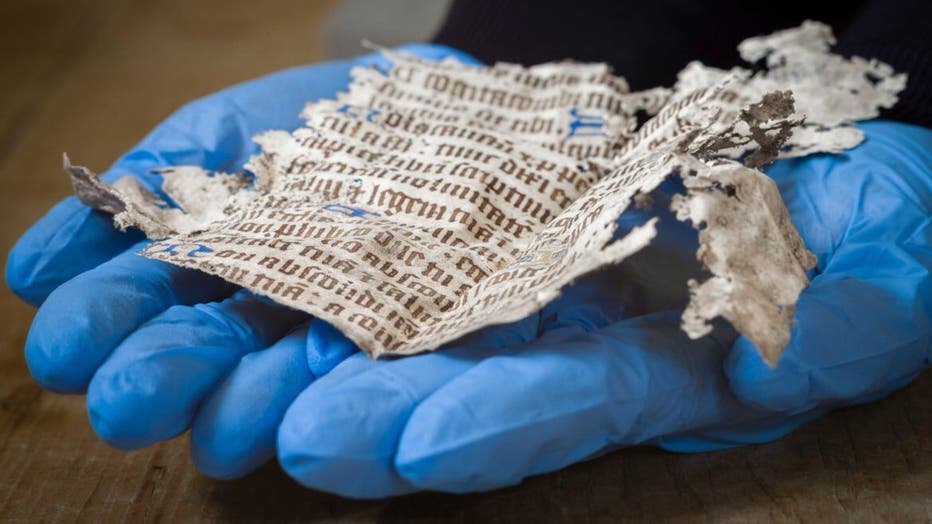 An image of the 15th-century manuscript. (Mike Hodgson/National Trust)

The discoveries were made during a project to reroof Oxburgh Hall, according to the National Trust.

The 15th-century manuscript was used in religious observance, according to experts. “The text is distinct enough for us to identify it as part of the Latin Vulgate Psalm 39 (‘Expectans expectaui’),” explained Anna Forest, the National Trust curator overseeing the work, in the statement. “We contacted Dr James Freeman, Medieval Manuscripts Specialist at Cambridge University Library, who explained that the leaf may be from a Psalter [the Book of Psalms], but its small size – just 8cm x 13cm [3.14 inches x 5.12 inches] - suggest it once was part of a Book of Hours. These portable prayer books were for private devotion.”

“The use of blue and gold for the minor initials, rather than the more standard blue and red, shows this would have been quite an expensive book to produce,” she added. “It is tantalising to think that this could be a remnant of a splendid manuscript and we can’t help but wonder if it belonged to Sir Edmund Bedingfeld, the builder of Oxburgh Hall.” 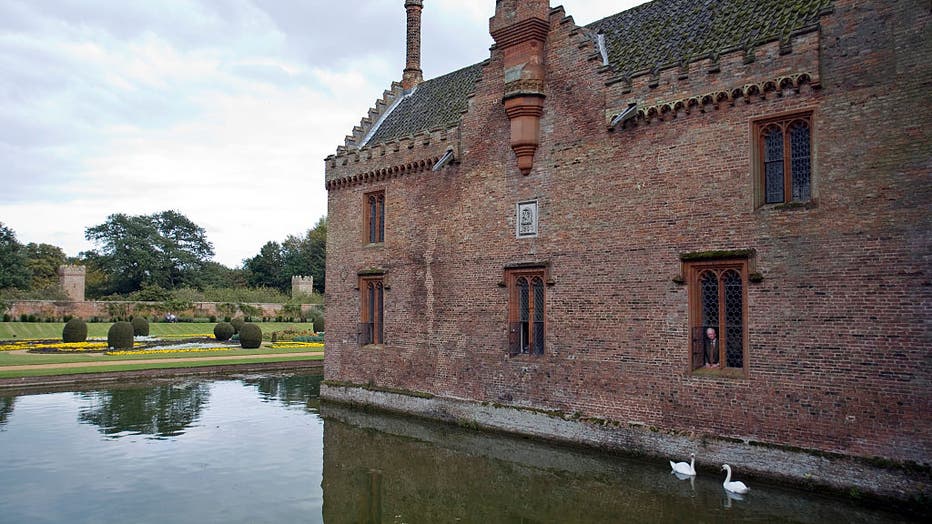 Henry Bedingfeld feeds the swans from a window at Oxburgh Hall - a stately moated manor house that has passed through his family since it was built in the fifteenth century.(Photo by In Pictures Ltd./Corbis via Getty Images)

The Catholic Bedingfield family suffered persecution and ostracism during the Reformation but remained true to their faith in the centuries that followed, according to the National Trust.

The U.K. continues to reveal new aspects of its rich history. Last year, in another project, a researcher uncovered a mysterious 16th-century manuscript written by Queen Elizabeth I — the first discovery of its type in more than a century.

Also in 2017, archaeologists in London uncovered the remains of Greenwich Palace, the birthplace of Henry VIII and Elizabeth I.