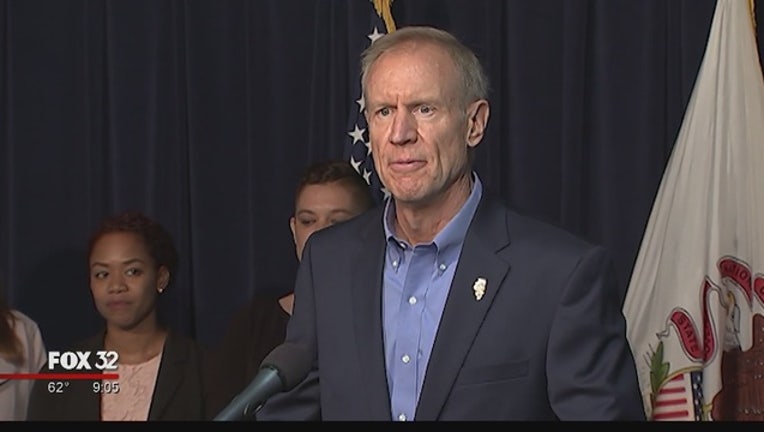 CHICAGO (AP) — Illinois Gov. Bruce Rauner has so infuriated some far-right members of his Republican party with his actions on abortion, immigration and other issues that he’s now facing a primary challenge as he seeks a second term.

GOP state Rep. Jeanne Ives, a staunch social and fiscal conservative from suburban Chicago, is raising money and circulating petitions to get on the March ballot. She says Rauner pledged during the 2014 campaign to stand up for taxpayers and not press a social agenda but instead “ended up putting in the social and economic agenda of the Chicago Democrat bosses.”

Ives and others from the party’s right flank say Rauner’s greatest offenses were his signing of measures that provide state health insurance and Medicaid coverage for abortions and that limit local cooperation with federal immigration authorities. He also supported billions in subsidies for power giant Exelon Corp.

Rauner said in the spring that he would veto the abortion bill, but he signed it months later, saying he believes all women should have the same health care options.

“He lied to us,” said Ives, a West Point graduate and veteran elected to the Legislature in 2012. “None of us trust him anymore.”

Rauner enters the race with huge advantages in name recognition and fundraising. Ives has raised roughly $300,000 for her bid, while Rauner has about $65 million and easy access to millions more.

The former businessman has been making campaign stops throughout Illinois, pledging to keep up his fight against the Democrats who control the Legislature. He has also continued to blast the state’s most powerful Democrat, House Speaker Michael Madigan, over an income tax hike passed as part of a deal that ended a more than two-year state budget impasse.

A Rauner campaign spokesman didn’t directly respond to questions about Ives’ candidacy or her criticisms.

“Governor Rauner is focused on fighting for Illinois’ future and defeating Mike Madigan’s machine so Illinois can have property tax relief, term limits, and we can roll back the Madigan income tax hike,” spokesman Justin Giorgio said in an emailed statement.

With the candidate filing period opening Monday, Ives said she’ll have the signatures she needs to make the March 20 ballot. It remains to be seen how much her candidacy might hurt Rauner — or whether it might even help him in the long run.

Brian Gaines, a political science professor at the University of Illinois Urbana-Champaign, said most likely “it’ll be a wash.”

Ives is getting support from an anti-abortion activist base that “is basically done with Rauner,” said Republican businessman Vince Kolber, who knocked on doors for Rauner in 2014 but is now volunteering for Ives’ campaign. Assuming Rauner makes it to the general election, some of those voters — an important part of the GOP base — could opt to stay home on Election Day rather than vote to give him a second term.

Kolber, who has a home in Florida, said if Rauner wins the primary, he’ll consider registering to vote in Florida in November rather than support Rauner again. Ives said she’s “a party person” and will vote for the GOP nominee. But “My husband won’t. And neither will many of my friends.”

Ives’ candidacy could reinforce the image Rauner stressed during his successful 2014 campaign of being a moderate and an outsider, Gaines said.

That could help him win over some independents and other voters looking for someone who’s more middle-of-the-road — the kind of Republican candidate Illinois voters have historically favored for statewide office — or not beholden to a political party.

“It might generally help him if he can say ‘The establishment in both parties doesn’t like me because I’m shaking things up,’” Gaines said.

Democrats already have been fighting it out for their party’s nomination. More than a half dozen Democrats have said they’re running, including state Sen. Daniel Biss, businessman Chris Kennedy and billionaire J.B. Pritzker.

The candidate filing period ends Dec. 4. Candidates for statewide office must submit at least 5,000 valid signatures; people seeking to challenge the validity of a candidate’s petitions have until Dec. 11 to file an objection that would be considered before the ballot is finalized.